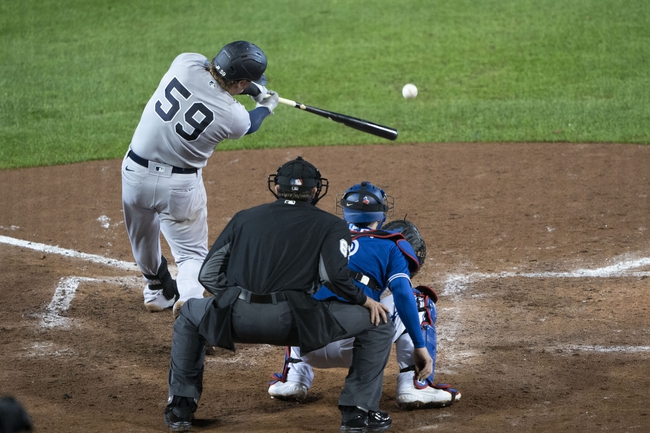 TV: MLBN, SNO, YES Stream the MLB Game of the Day all season on ESPN+. Sign up now!

The New York Yankees and the Toronto Blue Jays meet in an AL East division matchup in MLB action from Sahlen Field on Thursday.

The New York Yankees will look to bounce back after a 14-1 dismantling at the hands of Toronto in their last outing. DJ LeMahieu went 2 for 4 at the dish while Luke voit and Gio Urshela had a base hit as well as New York had just four hits as a team in the losing effort, with the rest of the squad batting 0 for 22 with 9 strikeouts. Masahiro Tanaka took the loss, falling to 3-3 on the year after allowing five runs, three earned, on eight hits while walking three and whiffing five over four innings of work. Jordan Montgomery will start here and is 2-2 with a 5.12 ERA and 39 strikeouts this season. In his career, Montgomery is 2-0 with a 2.78 ERA and 16 strikeouts against Toronto.

The Toronto Blue Jays will look for a win here to clinch a playoff spot after tearing apart the Yankees on Wednesday. Danny Jansen went 4 for 4 2ith a pair of home runs, a double and three RBIs while Vladimir Guerrero Jr. went 2 for 5 with a double and three RBIs as well. Cavan Biggio each had two hits with a double and two RBIs while Randal Grichuk, Lourdes Gurriel Jr. and Travis Shaw all had RBIs as well in the victory. Teoscar Hernandez had a base hit as well to finish off the offense for Toronto in the win. Robbie Ray threw four innings, giving up just an unearned run on three hits with four walks while striking out five, not factoring in the decision. A.J. Cole got the win in relief to improve to 3-0 on the year while Ross Stripling closed out the final four innings for the save. Hyun-Jin Ryu will start here and is 4-2 with a 3.00 ERA and 68 strikeouts this season. In his career, Ryu is 0-2 with an 8.80 ERA and 16 strikeouts against the Yankees.

I’d give New York the benefit of the doubt, but bottom line is that Toronto needs a win here to lock up the postseason spot they’ve been hoping for that would come with the shortened season and how fitting is it that it’s the staff ace in Ryu on the mound to deliver it as he’s been what Toronto was hoping they would get when he signed the four-year deal in the offseason. Montgomery’s been decent for the Yankees, but with how Toronto showed up on Wednesday and Ryu on the mound, I like Toronto to grab the win. 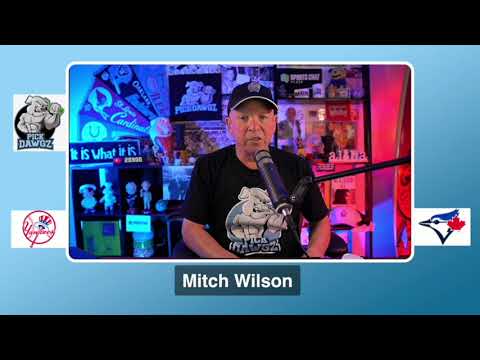