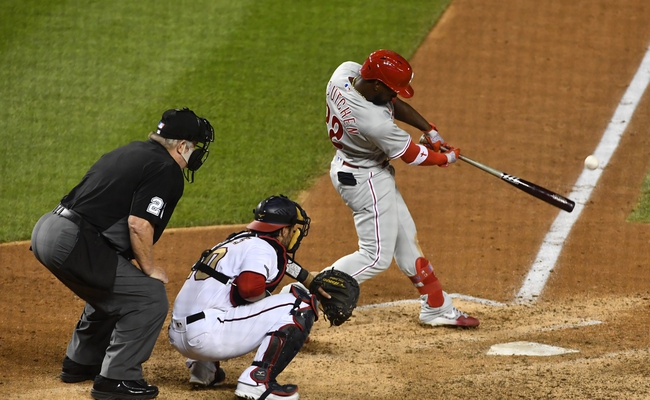 TV: MLBN, FS SUN, NBCSP Stream the MLB Game of the Day all season on ESPN+. Sign up now!

The Philadelphia Phillies and the Tampa Bay Rays meet in MLB action from Tropicana Field on Friday.

The Philadelphia Phillies will look to keep their fight for a playoff spot alive after a 12-3 win over Washington last time out. Didi Gregorius and Andrew Knapp each had a team-high three RBIs, with each belting a three-run homer with Gregorius going 2 for 5 at the dish. Jean Segura and Bryce Harper each had two RBIs with Harper launching a pair of home runs. Andrew McCutchen went 3 for 5 with a home run and a double while J.T. Realmuto added an RBI as well to finish off the scoring for Philadelphia in the win. Alec Bohm had a pair of hits and Mickey Moniak added a base hit as well to cap off the offense for Philadelphia in the win. Zach Eflin got the win to improve to 4-2 on the year after allowing three runs on six hits while striking out nine over eight innings of work. Vince Velasquez will start the start here and is 1-1 with a 5.46 ERA and 40 strikeouts this season. This will be Velasquez’s second career start against Tampa Bay.

The Tampa Bay Rays will look to strengthen their grip on the top seed in the AL standings after an 8-5 win over the New York Mets in their last game. Brandon Lowe and Randy Arozarena each had a home run and three RBIs with Arozarena belting a pair of home runs while Joey Wendle had a solo home run and Willy Adames had a double and an RBI to finish off the scoring for the Rays in the win. Manuel Margot went 2 for 2 and Mike Zunino had a two-bagger as well to finish off the offense for Tampa Bay in the winning effort. Tyler Glasnow got the win to improve to 5-1 on the year after allowing two runs on three hits while striking out eight over six innings of work. Charlie Morton will start here and is 2-2 with a 4.64 ERA and 34 strikeouts this season. In his career, Morton is 2-3 with a 6.30 ERA and 28 strikeouts against Philadelphia.

Head-to-head, Philadelphia is 4-0 in the last 4 meetings between these two teams.

If we’re being honest, I want nothing to do with either of these starting pitchers. Yes, the Phillies are the more desperate team in need of wins, but I’m not about to start trusting Velasquez just because his team needs a decent start from him. On the other hand, Tampa Bay’s been playing the better ball over the course of the whole season, but Morton’s had issues against Philadelphia in his career and I’m still not 100% convinced that he’s fully healthy. I’m going to side with the over instead, as I see both pitchers getting tossed a fair bit and I see runs coming in bunches here. 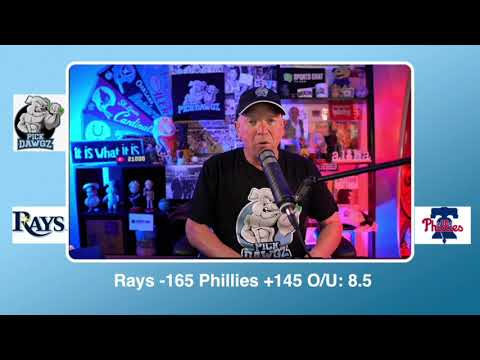