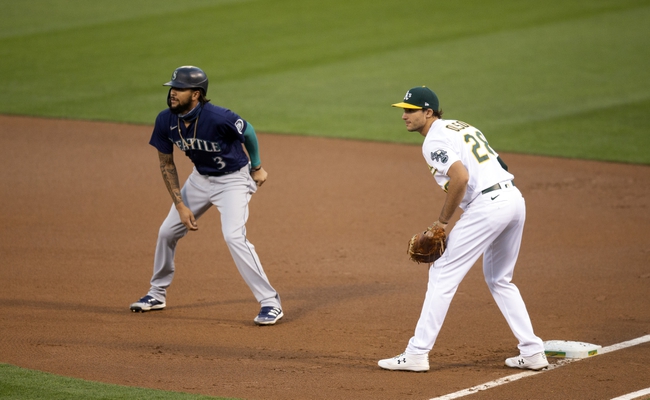 The Oakland Athletics and the Seattle Mariners meet Saturday in MLB action from O.co Coliseum.

This will be the first game of a Saturday doubleheader between the Mariners and A’s, and the second installment of a four-game weekend series. In the opener on Friday, we had an extra-innings battle as the A’s eked out a 3-1 win. Check back all season long for free MLB picks and MLB predictions at Sports Chat Place.

The A’s had nine hits in the Friday win, but didn’t score until the bottom of the tenth inning. The winning swing came on a two-run homer from Mark Canha, and starting pitcher Chris Bassitt went 7.0 innings with five hits and no earned.

Over on the Mariners’ side, Friday starting pitcher Yusei Kikuchi went 6.0 innings with four hits, no earned, three walks and five strikeouts in a no-decision. JP Crawford led a tepid offensive night on a 2-for-4 outing.

Pick: This might be a good spot for the Mariners to get one. Sheffield has been great this season. Since August 3, he’s gone 4-1 with a 2.74 ERA in seven starts and should be able to give Seattle some good innings here. I like Sheffield to stretch his outing if he’s on and give the bullpen a rest. If he can go six innings or so the Mariners will be in business.