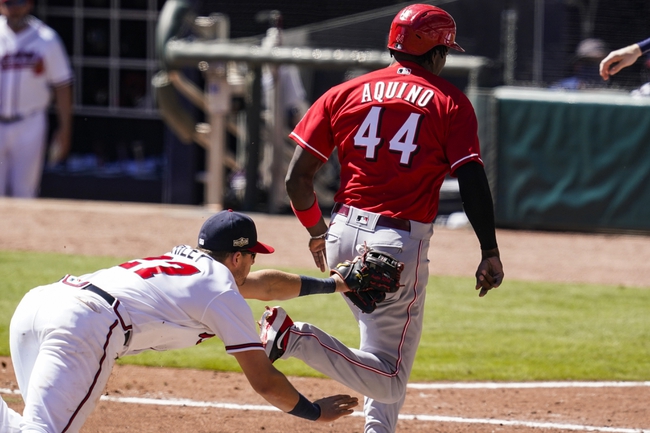 This will be Game 2 in a best-of-three postseason series between the Reds and Braves. In the opening matchup on Wednesday, we had a tight extra-innings game that stretched 13 frames. Atlanta finally took the victory 1-0 on a Freddie Freeman walk-off RBI. Check back all season long for free MLB picks and MLB predictions at Sports Chat Place.

The Reds out-hit Atlanta 11-6 in the Wednesday game, but couldn’t get anything going on the scoreboard whatsoever. Nick Castellanos led the team with a 3-for-6 outing that included a double—the Reds’ only extra-base hit of the day. Starting pitcher Trevor Bauer posted 7.2 innings with just two hits and 12 Ks.

Over on the Braves’ side, Wednesday starter Max Fried opened things up with 7.0 innings, six hits and five strikeouts in a no-decision. Cristian Pache scored on Freeman’s hit, and Ronald Acuna notched a double in a 1-for-6 day.

In the starter slot on Thursday, Atlanta will be sending out Ian Anderson. Over six starts this season, Anderson posted a 3-2 record with a 1.95 ERA and 41 strikeouts in 32.1 innings of work. This is the 22-year-old Anderson’s first season of MLB activity.

Meanwhile, the Braves are 8-0 in the last eight games versus a team with a winning record and 49-21 in the last 70 games as a home favorite. Atlanta is 3-7 in their last 10 playoff home games and 8-20 in their last 28 playoff games.

Pick: I’m leaning Reds here, but this one is tight. First off, it’s a great starting pitcher matchup. Castillo posted a 4-0 record in September with a 1.26 ERA before a bad appearance on Saturday. As for Anderson, he’s been great as well and held the Yankees to just one hit in six innings in his debut last month. Anderson has a great changeup that could give the Reds hitters some trouble. I like this one to be tight until the bullpens come out, with Cincinnati posting a couple of big hits in the later innings to take home the victory. 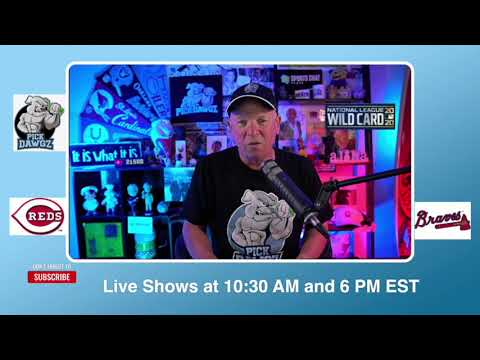