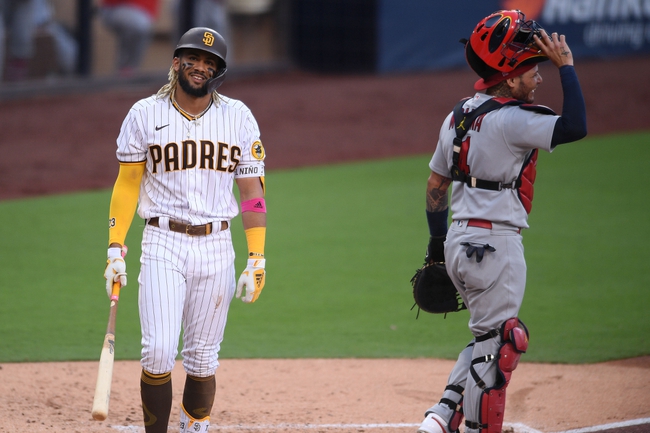 This will be Game 3 in a best-of-three postseason series between the Cardinals and the Padres. St. Louis took a 7-4 victory in Wednesday’s Game 1. On Thursday in Game 2, San Diego struck back with a huge comeback win 11-9. Check back all season long for free MLB picks and MLB predictions at Sports Chat Place.

The Cardinals had a 4-0 lead going into the bottom of the fourth inning in the Thursday Game 2 loss, but coughed up 11 runs over the next five frames. St. Louis showed some offensive life late, but ultimately came up short. Starting pitcher Adam Wainwright lasted just 3.1 innings, giving up six hits with two walks, two earned runs and three strikeouts. Kolten Wong led the offense with a two-run homer and four RBI.

In the Friday Game 3 starting pitcher role, the Cardinals will send out Jack Flaherty. In his nine starts this season, Flaherty went 4-3 with a 4.91 ERA and 49 strikeouts in 40.1 innings. Over his MLB postseason career, Flaherty is 1-2 with a 4.24 ERA and 22 Ks in 17.0 innings total.

In the Friday Game 3 starting pitcher slot, the Padres have chosen Craig Stammen. In his 24.0 innings of work this year over 24 games (no starts), Stammen went 4-2 with a 5.63 ERA and 20 Ks. Over his MLB postseason career, Stammen carries a 4.50 ERA with seven strikeouts in 8.0 innings.

Pick: I’m leaning toward taking the Cardinals here. It’s tough to trust the St. Louis pitching staff after the normally-reliable Wainwright’s shaky outing on Thursday, and the bullpen woes only add to the concern. Still, Flaherty had a great run at the end of last season, and if he can recapture some of that magic with his high swinging-strike rate St. Louis will be in a good spot. Should be another entertaining game.