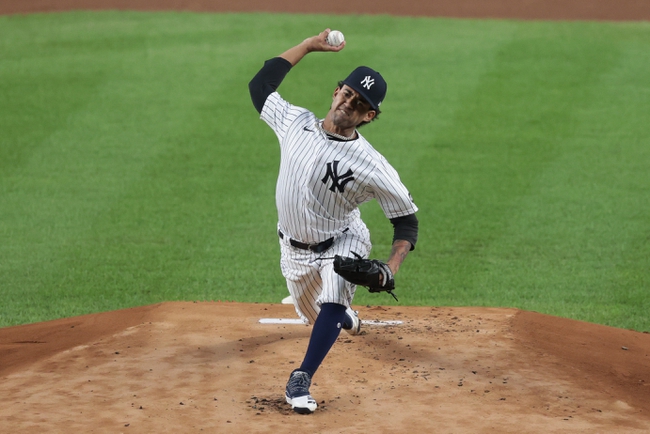 The New York Yankees and the Tampa Bay Rays meet in game two of their best-of-seven ALDS series from Petco Park on Tuesday.

The New York Yankees will look to build off of a 9-3 win over the Rays in the series opener on Monday. Giancarlo Stanton led the way with a grand slam while Aaron Hicks went 3 for 4 with two RBIs. Aaron Judge, Clint Frazier and Kyle Higashioka each had a solo home run to round out New York’s scoring as a team in the winning effort. Gio Urshela and DJ LeMahieu each had two hits while Luke Voit added a double. Brett Gardner and Gleyber Torres each had a base hit as well to finish off New York’s offense as a team in the winning effort. Gerrit Cole got the win after allowing just three runs on six hits with eight strikeouts over six innings of work. Deivi Garcia will start here and was 3-2 with a 4.98 ERA and 33 strikeouts in the regular season. This will be Garcia’s first career start against Tampa Bay.

The Tampa Bay Rays will look to rebound after being taken down in game one of the series on Monday. Ji-Man Choi had a two-run home run and Randy Arozarena had a solo homer as part of his 3 for 4 day at the dish to round out Tampa Bay’s scoring as a team in the losing effort. Joey Wendle and Willy Adames each had a base hit as well as the Rays cranked out just six hits as a team in the losing effort. Blake Snell took the loss, after allowing four runs on six hits with four strikeouts over five innings of work. Tyler Glasnow will start here and is 1-0 with a 3.00 ERA and 8 strikeouts this postseason. In his career, Glasnow is 1-2 with a 3.70 ERA and 36 strikeouts against the Yankees.

The plus money with the Yankees is extremely tempting given how the bats exploded in game one for New York, especially late for some potential carry over here. However, the Rays usually bounce back pretty well after a loss, and Tyler Glasnow looked good in his last postseason start, which is a big plus after how he looked last season in the playoffs. Deivi Garcia makes his postseason debut here, and I think Garcia finds out here what Glasnow learned last season and that’s playoff baseball is a whole different type of baseball, and the Rays find a way to chase Garcia from the game, evening the series up at one. Give me Tampa Bay in this one. 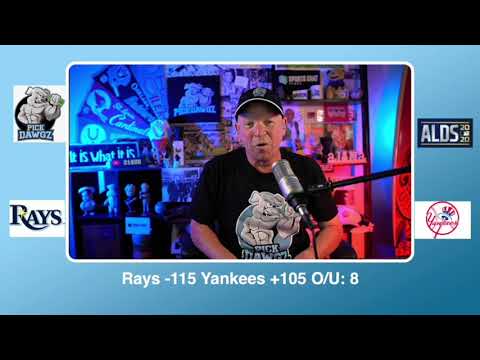