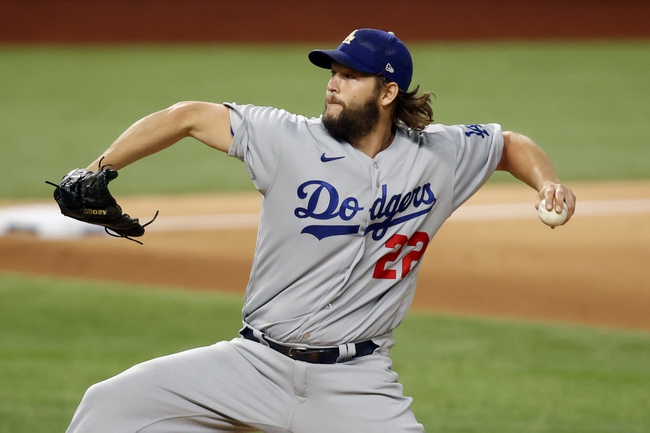 The Rays come in as 2020 American League Champions after beating the Astros last week. Tampa Bay jumped out to a 3-0 series lead but had couldn’t close it out until Game 7 Saturday with a 4-2 win. As for the Dodgers, they were down in the National League Championship Series 3-1 to the Braves, but fought back to ultimately bag a 4-3 win in Game 7 on Sunday. Check back all season long for free MLB picks at Sports Chat Place.

Tampa Bay has had mixed results offensively this postseason, but there are a few key bats driving the run production. Randy Arozarena has been great in the 2020 playoffs, with a .382 batting average, 21 hits, 14 runs, three doubles, a triple, seven homers and 10 RBI. Manuel Margot is hitting .256 in the postseason with five homers, 11 RBI and seven runs. Guys like Brandon Lowe (.115 BA) and Willy Adames (.132 BA) have had some issues over their playoff starts however, and Tampa Bay will need every bat they can get for this upcoming series.

Over on the Dodgers’ side, they’ve enjoyed contributions from a few key names this postseason as well. Corey Seager leads the way with a .298 batting average, 15 RBI, six homers, 13 runs and four doubles. Mookie Betts has also done well with a .311 BA, five RBI, six doubles, 14 hits and 10 runs. Cody Bellinger has two triples and three homers to his credit this postseason, along with five runs and 10 RBI.

In the Game 1 start Tuesday, it’s looking like the Dodgers will send out ace Clayton Kershaw. This year in 10 starts, Kershaw was 6-2 with 14 earned on 41 hits in 58.1 innings. Kershaw has pitched 19.0 innings this postseason, giving up 16 hits, seven earned and two walks alongside 23 strikeouts.

PICK: I’m leaning Dodgers here in Game 1. This should be a pretty great matchup though, and it wouldn’t surprise anyone to see the series go seven games. Kershaw’s numbers over his last two starts aren’t spectacular, but they’re decent. He’s given up seven earned in 11.0 innings on 13 hits in his last two outings. That said, I Kershaw should be able to keep things manageable and put Los Angeles in a position to win during the later innings. The bullpen is going to be key in this one, though.