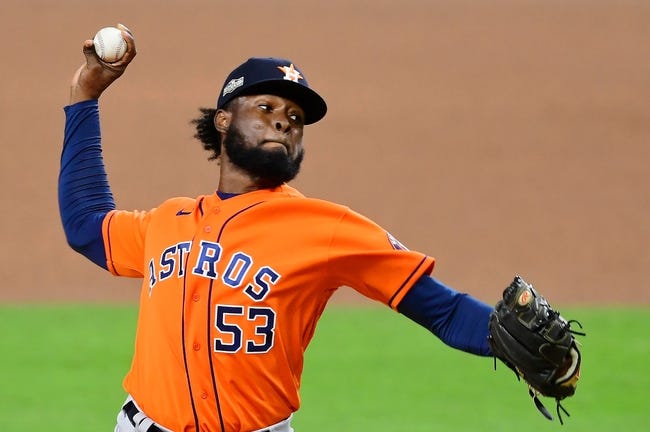 The Oakland Athletics and the Houston Astros meet Thursday in MLB action from Minute Maid Park.

The A’s are coming off a series versus the Dodgers this week. Oakland lost the first pair in that set, then on Wednesday the A’s avoided the sweep with a one-run walk-off win. As for Houston, they played a pair versus the Angels this week. The Astros lost Monday but got a win on Tuesday. Check back all season long for free MLB picks at Sports Chat Place.

Oakland has gotten off to a rough start so far, getting swept by the Astros in four games during their opening set and losing to the Dodgers by a combined 15-4 score in their next pair. In the Wednesday game, the A’s powered out a comeback victory in 10 innings 4-3. Matt Chapman posted two hits, an RBI and two runs in that one.
For the starter role on Thursday, Oakland will send out Cole Irvin. In his first start this year, Irvin faced the Astros, giving up four runs on seven hits in 4.1 innings for a loss. Last year with Philly Irvin put up a 17.18 ERA and two Ks in very limited action (3.2 innings).

Over on the Astros’ side, they didn’t have much trouble with the A’s in the opening set, but then lost Monday to the Angels 7-6. Houston picked up a 4-2 win on Tuesday, however. Carlos Correa finished with a pair of RBI and a walk in that one, and starter Zach Greinke went 7.0 innings with two earned.

In the starting role on Thursday, Houston is going with Cristian Javier. In his first start of the year, Javier went 3.2 innings with three hits and two earned runs. Last year at Minute Maid Park Javier went 3-0 with a 2.17 ERA in six games (five starts).

PICK: I’m going to stick with Houston. In the opener series between these teams last weekend, the Astros recorded four straight wins 8-1, 9-5, 9-1 and 9-2. Needless to say, they didn’t have too many difficulties scoring. Javier should be able to give the Astros at least a few good innings, and it wouldn’t be surprising to see them have a decent lead by then. 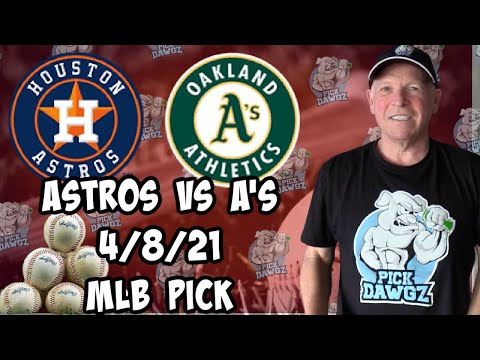