The Detroit Tigers and the Houston Astros meet Monday in MLB action from Minute Maid Park.

Detroit is coming off a weekend series versus the Indians. After losses in the first two games, on Sunday the Tigers fell by three runs to complete the sweep. As for the Astros, they played the A’s in their last set. Houston lost two out of those three games. Check back all season long for free MLB picks at Sports Chat Place.

Detroit couldn’t get much going in the first couple of games versus the Indians this weekend, falling in the first pair by a combined 15-4 score. On Sunday, the Tigers managed just two runs on four hits, falling 5-2. Starter Jose Urena put up 4.2 innings with three hits, two earned, five walks and four Ks.

For the Monday starting pitcher role, the Tigers are sending out Casey Mize. In his season debut this year, Mize posted 4.0 innings versus the Twins, giving up five hits, one earned, two walks and four strikeouts.

Over on the Astros’ side, they managed a 6-2 win over the A’s on Thursday, but then fell in the next two matchups 6-2 Friday and 7-3 Saturday. Starting pitcher Jose Urquidy lasted 6.0 innings with four earned on seven hits and seven Ks in the Saturday game.

For the Monday starter role, the Astros will send out Zack Greinke. So far this year Greinke has two starts under his belt, posting 13.0 innings with eight hits, two earned, one walk and eight strikeouts in that pair. Houston will look to get another good run of innings from Greinke in this one.

PICK: I’m sticking with the Astros in this one. Mize looked pretty good in his first start this year, but didn’t get a lot of innings due mainly to pitch count. The better news is that Mize’s velocity is up over last year. As for Greinke he’s been pretty darn great in two starts so far. We should have a pretty good starter battle here, but I think Greinke and the Astros offense have the advantage. 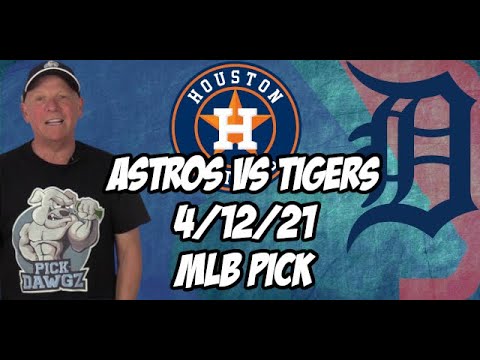