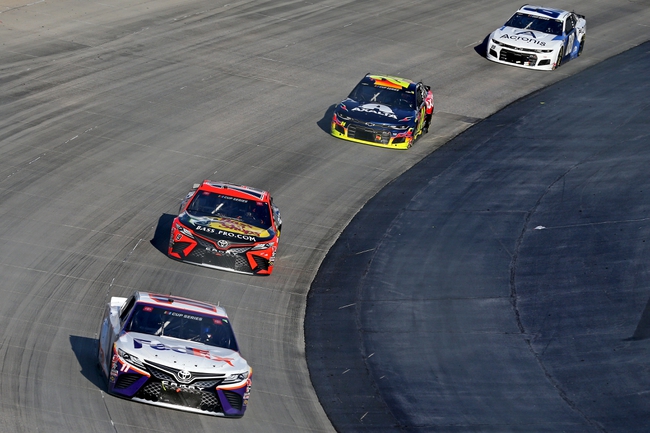 We make a trip to Daytona for the Coke Zero Sugar 400 in the 2020 NASCAR Cup Series, the last race before the playoffs.

Kevin Harvick, +900 - Kevin Harvick deserves to be on every auto racing betting card given that he’s won three of the last five races and has finished fifth or better in 11 of his last 12 tries. Harvick finished fifth and 17th in the first two Daytona races this year, and he won this race in 2010. Either way, Harvick is too hot not to be included, especially at this price.

Martin Truex Jr., +1600 - Martin Truex Jr. is another driver who is making it hard to ignore down the stretch, as he’s strung together top-three finishes in each of his last seven races. Truex finished third at Daytona a couple of weeks ago, and while he’s never won here, he has a pair of recent runner-up finishes. Truex and these odds are arguably the best value on the board this weekend.

Joey Logano, +900 - Joey Logano has top-10 finishes in each of his last six races, which includes a solid run at Daytona a couple of weeks ago. Lagano has finished ninth or better in seven of his last 12 trips at the Daytona International Speedway, which includes a victory in the 2015 Daytona 500. This is a good spot for Lagano to get his third victory of the year.

Denny Hamlin, +700 - Denny Hamlin is probably the hottest driver in the business right now, finishing first or second in five of his last seven tries. You should expect that hot streak to continue with Hamlin winning this years Daytona 500 and finishing runner-up at Go Bowling 235. In fact, Hamlin has finished third or better in six of his last 11 trips at the Daytona International Speedway, which includes three victories. Nothing left to be said here.

Clint Bowyer, +2000 - Clint Bowyer is the best driver this season who has yet to produce a victory, and I’m sure he’d love nothing more than to build some momentum heading into the playoffs. While he hasn’t been on the tear a lot of the other drivers have lately, some of his best performances this year came at Daytona where he finished sixth place both times. If you’re looking for a bigger potential payout and a dark horse, Bowyer is probably your guy.