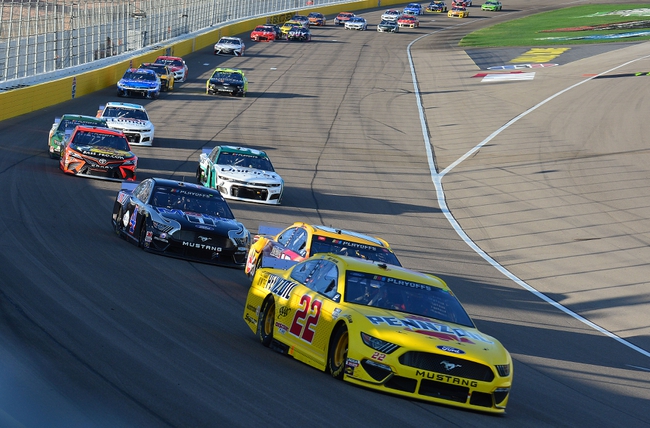 We make a trip to Alabama for the YellaWood 500 in the 2020 NASCAR Cup Series, the second race in the round of 12 playoffs.

Brad Keselowski, +1100 - Brad Keselowski is kind of due for a bounce back performance after finishing 10th or worse in four of his last five races. Keselowski hasn’t had a whole lot of recent success in Talladega, but he’s won this race twice in his career and has five wins at this track overall in the NASCAR Cup Series. Given his history here, Keselowski is worth a look at this price.

Joey Logano, +1000 - Joey Logano hasn’t won a race since early March, so there’s reason to be hesitant with including him on the card. However, Logano has also won this race twice and has three wins in the Cup Series at Talladega. Overall, Logano has finished fifth or better in six of his last 10 trips at the Talladega Superspeedway. Logano also has several top-five finishes and a pair of victories at this track in the NASCAR Xfinity Series.

Martin Truex Jr., +2200 - Martin Truex Jr. hasn’t had a lot of success at Talladega, finishing 20th or worse in each of his last eight appearances. However, we’re getting a big price with Truex who has finished in the top-five in 11 of his last 14 races overall. Consistency is big with me and it doesn’t get much better than what Truex has done lately. Also, Truex has three victories at this track in the NASCAR Nationwide Series, so he’s not a complete bust in Alabama. I’ll take a shot with Truex and the big price.

Ryan Blaney, +1000 - Ryan Blaney got back on track last week with a solid showing in Las Vegas and now returns to a track he’s enjoyed these last couple of years. Blaney has won his last two appearances at the Talladega Superspeedway, which includes a victory at the GEICO 500 back in late June. Blaney has shown us enough in Alabama to like his chances at this track.

Kyle Busch, +1200 - Kyle Busch has only one win at Talladega in the Cup Series and that came in 2008, so there’s reason for pause in this spot. With that said, Busch has come close a few times over the years at this track, which includes a runner-up spot in the 2016 GEICO 500. Busch is also starting to find his form down the stretch of the season, averaging a 5.25 finish in his last four races. I’ve said Busch is due a lot this season and it has yet to pay off, but…