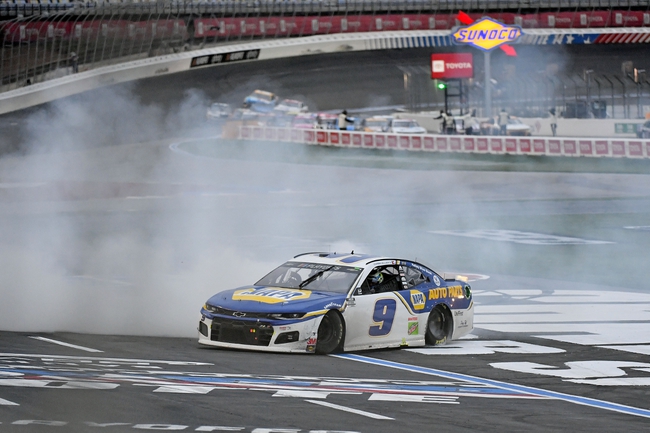 We make a trip to Kansas for the Hollywood Casino 400 in the 2020 NASCAR Cup Series, the first race in the round of 8 playoffs.

Last week we produced a winner with Chase Elliott cashing at +275 odds, and three of our five drivers overall finished inside the top-10. Here are five drivers to consider throwing on Sunday’s card.

Kevin Harvick, +400 - Kevin Harvick hasn’t gone this long without a victory since August, so it feels like he’s due for another trip to victory lane. Harvick is a two-time winner of this event and he finished fourth in the previous Kansas race this year. Harvick has also finished fifth or better in eight of his last 14 trips at the Kansas Speedway. Harvick is a strong contender for a victory this weekend.

Joey Logano, +1200 - Speaking of being due for a win, Joey Logano hasn’t won a race since March. Logano finished 35th in the previous Kansas race this year, but he is a two-time winner of this event and he has top-10 finishes in eight of his last 14 trips at the Kansas Speedway. Logano also has a pair of victories at Kansas in the NASCAR Xfinity Series. There’s some value here despite the lack of wins this year.

Denny Hamlin, +400 - Denny Hamlin is an automatic bet this weekend simply because he’s won his last two appearances at the Kansas Speedway, which obviously includes a victory this year. Hamlin has finished fifth or better in four of his last six Kansas trips overall. The track record speaks for itself when it comes to Hamlin and Kansas.

Chase Elliott, +500 - We made money on Chase Elliott last week and there’s good reason to double dip with him and a potential bigger payout. Elliott finished runner-up in this race last year and won it in 2018. In fact, in Elliott’s last three trips at this race, he’s averaging a 2.3 finish. That doesn’t include Elliott finishing fourth in the 2019 Digital Ally 400. Elliott has a chance to win back-to-back races for the first time in the Cup Series.