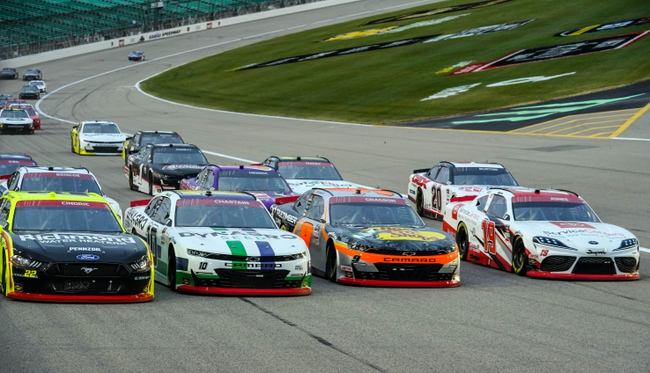 We head to Virginia for the NASCAR Xfinity Series Saturday afternoon for the Draft Top 250.

Noah Gragson, +800 - There’s no better value on this Xfinity card than Noah Gragson at this price. Gragson has finished third or better in four of his last five races, which includes a runner-up spot in Fort Worth. Gragson also has four appearances at the Martinsville Speedway, and he averaged a finish of 4.25 in those trips. His form and experience at this track makes Gragson a strong play this weekend.

Chase Briscoe, +425 - Chase Briscoe has never raced at the Martinsville Speedway in the Xfinity Series and his only career appearance here overall was in the 2017 Truck Series. The lack of experience could be an issue for Briscoe, but it’s still hard to ignore somebody who has won three of the last six races. Briscoe has nine wins on the season and is closing in on a championship. You have to include him on these Xfinity cards.

Ross Chastain, +700 - Ross Chastain does not have a win this year, but he’s finished sixth or better in nine of his last 12 races. The consistency is there and it’s only a matter of time before Chastain is seen at victory lane. Chastain has four appearances at the Martinsville Speedway in the Cup Series and has a few top-five finishes here in the Truck Series, which includes a runner-up spot in the 2019 NASCAR Hall of Fame 200. This could be the week to end the drought.

Austin Cindric, +425 - Austin Cindric has top-10 finishes in 16 of his last 19 races and five of those finishes produced victories. The consistency has made Cindric a constant this year when putting together Xfinity betting cards. Cindric made three appearances at the Martinsville Speedway in the Truck Series, and one of those trips was a top-10 finish in the 2017 NASCAR Hall of Fame 200.