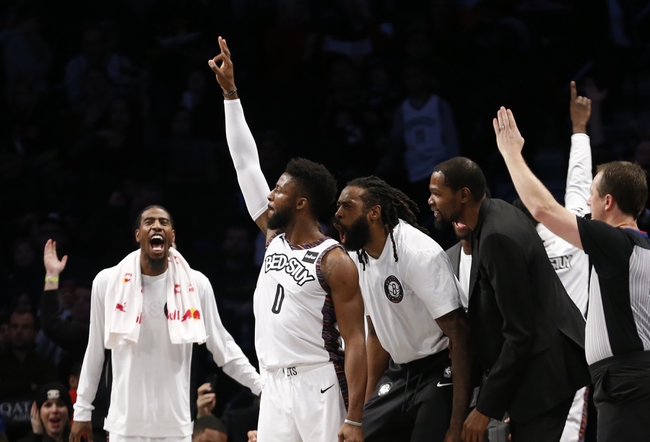 Here’s your daily roundup of all the NBA news that will affect the 2019-20 season restart and playoffs. Today we’ve got some notes on coaches, players and tidbits speculating on what the league will look like when basketball resumes at Disney World. Let’s check out all the latest NBA updates. Get Free NBA Picks and NBA Predictions for every game all season long at Sports Chat Place.

Beverley Defers to LeBron - Clippers star Patrick Beverly put out an interesting comment on Sunday about the players’ attitudes about heading back to the court. There’s been some speculation and rumor out there that implies not all NBA players are confident about the league’s restart plan, and a few—namely veteran Carmelo Anthony—have even gone so far as to express those health and safety reservations in public.

Beverly added a different facet to the discussion however, and he believes the league’s biggest name holds much of the decision making power. Beverley said that if LeBron James is going to play, the rest of the league will follow. If sentiment like his grows among the players we could see James make a formal statement, but he was already reportedly part of a private call with Chris Paul, Giannis Antetokounmpo and others back in May when they decided they’d be taking part when the NBA resumed.

Realistically there’s probably not a significant number of players who wish to sit out; most seem like they’re on board with the idea. Granted, there will likely be some that don’t play, but most of the impact names should be there in Orlando. Kyrie Irving made a case against returning to the season during a conference call with over 100 players on Friday however, so the potential for players further separating into yes/no camps is certainly still there. The league is coming out with new details every day however, so players' comfort levels with the whole thing should grow in time.

Durant Branches Out - Brooklyn Nets forward Kevin Durant added another moniker on Monday: part owner of a Major League Soccer team. The Philadelphia Union announced that Durant had joined the ownership group and has a five percent stake, with an option for five percent more in the near future. Along with his firm Thirty Five Ventures, Durant and the Union will work to develop community and social programs in the area as well.

NBA Restart Key Dates - The NBA is still working out details in their planned return to the court at Disney World, but every day we’re getting a better feel for how they’re going to proceed. The next notable upcoming date is June 23, which is the fist day players on the 22 teams involved in the restart will be required to undergo coronavirus testing. Workouts would then begin on July 1, and training camps at Disney (after health and safety screenings) would run from July 9-29.

We’ll get a few scrimmage games for each team before the seeding games start, and those run from July 30 to August 14. By August 17, if all goes well, we’ll have NBA playoff games again.

The pick in this article is the opinion of the writer, not a Sports Chat Place site consensus.
Previous Pick
NBA News: Update for 6/14/20
Next Pick
Miami Heat: NBA Restart 2020 Preview, Prediction, Picks