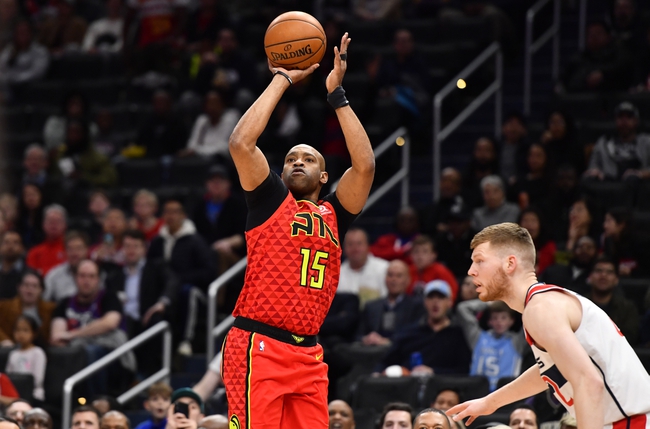 Here’s your daily roundup of all the NBA news that’s affecting the 2019-20 season restart and playoffs. Today we’re checking in on some player notes and rumors around the league, so let’s get right to the latest NBA updates. Check back all season long for free NBA picks and NBA predictions at Sports Chat Place.

Vince Carter Retirement Official - After an epic 22-year run in the NBA, Vince Carter has called it a career. Carter made the announcement this week, saying he is “officially done playing basketball professionally” and made good on his promise that 2019-20 would be his final season in the NBA after signing a one-year deal with the Hawks.

Atlanta currently holds the fourth-worst record in the league, so they won’t be participating in this year’s restart and postseason. It’s an abbreviated (and somewhat unfair in principle) final season for Carter, who is ranked 19th all-time in NBA history in scoring. He averaged 16.7 points per game and played for eight different teams including the Raptors and Nets. Carter won the NBA Rookie of the Year award in 1999 and is an absolute lock as a Hall-of-Famer.

Willie Cauley-Stein Opts Out - Since the league announced its restart plans, we’ve seen a growing number of players opting not to take part in the NBA’s “bubble” plan at Disney World in Orlando next month. It’s not a requirement that players partake in the games and they won’t be penalized by the league outside of lost salary.

On Thursday, Dallas center Willie Cauley-Stein added his name to the list of players opting out. He’s expecting a newborn baby during the upcoming bubble lockdown, and understandably wishes to spend that time with his family. On a related note, the Mavericks are reportedly signing veteran free agent Trey Burke.

Three other notable players have recently opted out of the restart for varying reasons, including the Wizards’ Davis Bertrans, the Lakers’ Avery Bradley and the Blazers’ Trevor Ariza. We’re sure to see more guys adding their names to this ever-growing list, so we’ll keep you posted in the daily updates.

Zion Williamson Injury Update - With all the craziness surrounding the NBA and life in general over the past few months, it’s been easy to overlook key injury situations. Let’s check in on one of those big names as we finish up today and see what Pelicans rookie Zion Williamson is up to these days.

Williamson never left New Orleans during the league’s hiatus, and after being granted injury rehabilitation exemption he’s been hard at work with trainers during this entire process. New Orleans executive VP David Griffin praised Williamson’s work ethic in rehabbing, saying he’s “been diligent about taking care of himself.” Another unnamed team source reported that Williamson is “going to shock some people” with how great he looks on the court.

The Pelicans still have an outside shot at climbing into that No. 8 playoff spot, and they’ve got a pretty tough road ahead. A healthy Zion gives a shot of energy into the team’s hopes, and New Orleans will be fun to watch when the games get going again.