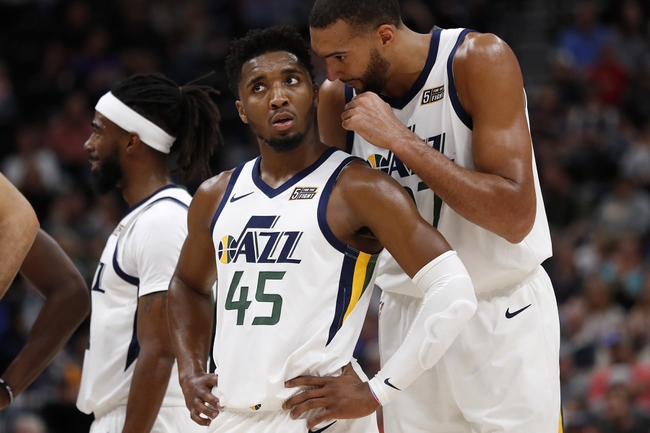 The Utah Jazz hope to make some noise in the playoffs when the NBA season returns to Orlando in July.

The Jazz entered the hiatus with wins in five of their last six games and were playing some of their best basketball of the season. The Jazz shot 47.5 precent from the field, which was fourth in the league, while their 38.3 percent three point shooting was second in the league. The Jazz are considered by many to be a sleeper in these NBA playoffs and this will be their chance to prove it.

Let’s give a quick breakdown of the Jazz remaining schedule and how the break impacts the squad moving forward as we gear up for NBA playoff basketball in Orlando.

Roster Update: Bojan Bogdanovic is out for the remainder of the season after having surgery on his shooting wrist. Donovan Mitchell has recovered from Coronavirus and he appears willing to play despite previous pause for concerns. Rudy Gobert has also recovered from Coronavirus and is expected to be ready to play, but he still hasn’t fully regained his sense of smell.

Help Or Hurt: Knowing the Jazz are going to be healthy and getting rest certainly helps this club, but we can also argue that they were finally hitting their stride and gaining some momentum in the standings. I’m not sure a team wants a break after winning five of their last six games and heading into a stretch where eight of their next 12 matchups were at home. The Jazz also lost one of their top scorers in Bogdanovic for the remainder of the season. I’m going to argue that the break didn’t help the Jazz.

Potential Seeding: The Jazz are currently in the fourth seed, but just 1.5 games behind the Denver Nuggets for the third seed and one game ahead of the Oklahoma City Thunder for the fifth seed. The Jazz have a chance to end up anywhere from the second seed to the seventh seed. It really comes down to whatever matchup the Jazz want in the first round, and they should like their chances against any team but the Houston Rockets based on how last seasons playoffs played out.

Odds: The Jazz have odds of +2200 to win the West and +4000 to win the NBA title. The Jazz shoots high percentage, but they can be limited at times in the half court offense and losing a player such as Bogdanovic doesn’t help matters. I was very high on the Jazz before the season as a potential dark horse title contender, but the lack of depth has me questioning things in the playoffs when the game slows down. The Jazz also now have major question marks at the power forward position. I’m not giving up on the Jazz completely and I’ll be looking to bet on them in individual games, but I’m not all that thrilled about these future odds.

The pick in this article is the opinion of the writer, not a Sports Chat Place site consensus.
Previous Pick
Denver Nuggets: NBA Restart 2020 Preview, Prediction, Picks
Next Pick
Baskonia vs. Joventut Badalona - 6/25/20 Spain ACB Basketball Pick, Odds, and Prediction