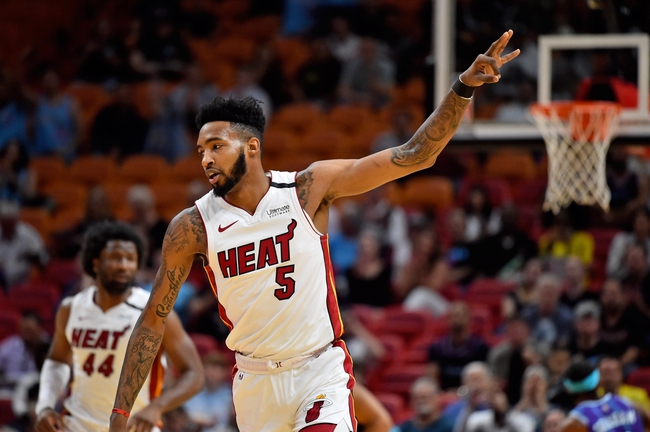 Here’s your daily roundup of all the current NBA news that’s affecting the 2019-20 season restart and playoffs. Today we’re checking out the league’s virus testing and visiting with a few players, so let’s jump right in with the latest NBA updates. Check back all season long for free NBA picks and NBA predictions at Sports Chat Place.

NBA Positive Virus Tests - The NBA made an announcement on its league-wide virus testing Friday, stating that 16 players out of 302 have tested positive for coronavirus. The testing was conducted on Tuesday at the teams’ respective NBA facilities. The players who tested positive will be going through a 14-day isolation period and will need to test negative two times before being cleared for physical activity or rejoining their teams.

The 16 out of 302 number translates to a 5.3 percent positive test rate. That’s actually pretty manageable and is consistent with other mass testing that’s been performed by other American sports leagues.

Due to the obvious privacy concerns we don’t know exactly which players tested positive, but there are a few reports out there containing names. The Pacers’ Malcolm Brogdon and the Heat’s Derrick Jones reportedly tested positive, as did Bubby Hield, Jabari Parker and Alex Len of the Kings. Two players from the Suns and four players from an unnamed “Western Conference playoff team” tested positive as well.

The tests add a few more names to the group of NBA players who have already tested positive, including Nikola Jokic, Rudy Golbert, Kevin Durant and Donovan Mitchell.

NBA Travel Dates Revealed - Here’s some pretty significant news. Today we got a look at the league’s travel schedule plans in getting players and staff to Disney World. Teams will travel to Orlando in groups on July 7-9, and we know which days which teams will go. Here’s a look at the travel days for each team.

NBA Restart Key Dates - Now that things are rolling on this NBA restart, let’s take a look at a few upcoming points on the schedule we should be watching out for. The next major items on the slate concern roster formation; those are June 28, which is the last day to waive a player, and June 30, when the transaction window closes. Teams will need to have their rosters set for the Orlando restart by July 1, then after the travel dates of July 7-9 we get training camps and scrimmages from July 9-29.

For the 22 returning teams, games will resume on July 30, and the first round of the playoffs is scheduled for late August. As of now, the latest date the NBA Finals could conclude is October 13.