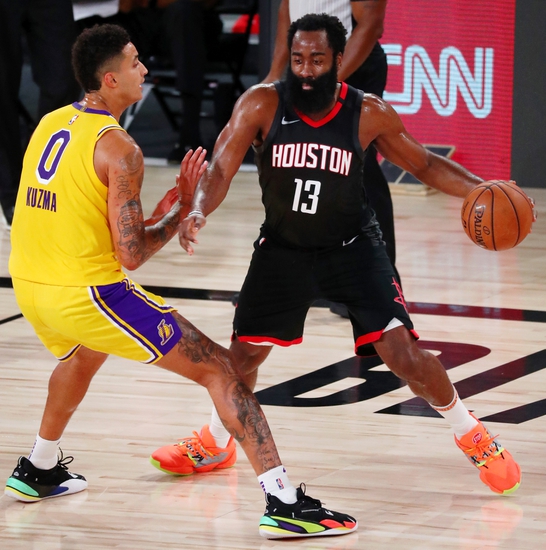 The Houston Rockets and the Los Angeles Lakers do battle in Game 1 of the West Semis at the AdventHealth Arena on Friday night.

The Houston Rockets will be hoping to quickly recover after putting away the Thunder in a tough seven-game series in the first round that went down to the final possession. James Harden led the team with averages of 29.7 points, 6.3 rebounds and 8.0 assists per game, Eric Gordon averaged 18.1 points and 3.4 assists per game, Jeff Green averaged 13.4 points and 6.4 rebounds per game, while Russell Westbrook averaged 14.7 points and 4.0 assists in his three games. As a team, the Rockets averaged 110.4 points per game while shooting 43.5 percent from the field and 35.9 percent from the 3-point line but what has been the most exciting thing about their play has been their defense and it’s been pure effort as they’ve gone all-in on their small ball lineups. PJ Tucker and Robert Covington have been stellar, but I’ve been most impressed with Harden who sealed the win in Game 7 with a block.

Meanwhile, the Los Angeles Lakers have been patiently biding their time after making light work of the Trailblazers in a five-game series in the first round. LeBron James led the team with averages of 27.4 points, 10.2 rebounds and 10.2 assists per game, Anthony Davis averaged 29.8 points, 9.4 rebounds, 4.2 assists and 1.6 blocks per game, Kyle Kuzma averaged 10.8 points while Kentavious Caldwell-Pope averaged 11.2 points per game. As a team, the Lakers averaged 117.2 points per game while shooting 48.4 percent from the field and 35.0 percent from the 3-point line. Rajon Rondo has yet to play in the bubble, but he is expected to feature in Game 1 which should mean less minutes for Dion Waiters and JR Smith.

Head to head, the over is 11-5 in the last 16 meetings overall and the Rockets are 9-3 ATS in the last 12 meetings in Los Angeles.

These two squads met three times in the regular season with the Rockets winning by 2-1, so they will be quietly confident coming into this one. However, the Rockets are coming into this one fresh off a tough seven-game series that went down to the wire, while the Lakers have had plenty of rest as they haven’t played since Saturday. The Lakers dropped Game 1 to the Trailblazers, but they were just too much to handle from that point on and I think that trend continues here. I think the Rockets get off to a quicks start with their momentum from their last win, but in the end, I have the Lakers pulling away for the win and cover behind a big game from Davis. 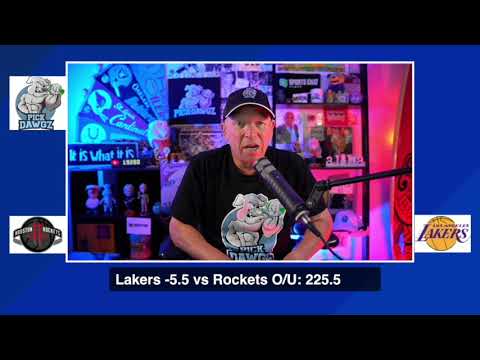