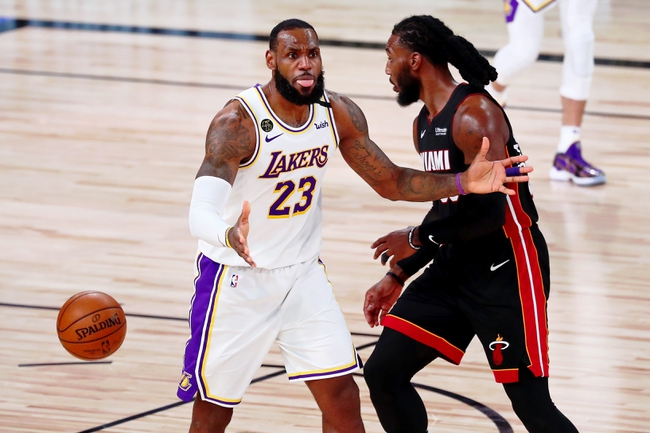 The Miami Heat will be aiming to level the series against the Los Angeles Lakers in Game 4 of the NBA Finals at the AdventHealth Arena on Tuesday night.

The Los Angeles Lakers had all the momentum after cruising to two easy wins to start the series, but they’re suddenly looking to bounce back after getting stopped by the Heat in a 115-104 loss in Game 3. LeBron James led the team with 25 points, 10 rebounds and eight assists, Markieff Morris and Kyle Kuzma scored 19 points apiece off the bench while Anthony Davis finished with just 15 points, but no other player scored more than eight points. As a team, the Lakers were well below their best as they shot just 43 percent from the field and 14 of 42 from the 3-point line while committing a total of 19 turnovers. Davis just couldn’t get into the game as he battled foul trouble and double-teams all night to finish with just 15 points, Danny Green shot zero of six to finish with just two points and the Lakers weren’t dominant on the boards despite the obvious size advantage.

Meanwhile, the Miami Heat needed to come out swinging to avoid falling into a 3-0 series deficit and they had to do it without two of their best players in Goran Dragic and Bam Adebayo. Jimmy Butler led the way with a triple-double of 40 points with 11 rebounds, 13 assists, two steals and two blocks, Kelly Olynyk was the Heat’s second best player as he scored 17 points in 31 minutes off the bench, Tyler Herro woke up late in the game to finish with 17 points while Jae Crowder chipped in with 12 points. As a team, the Heat shot 51 percent from the field and 12 of 34 from the 3-point line as they squandered an early 13-point lead, but they went on another run in the third quarter and did enough to hang on for the much-needed win behind their defense. Adebayo is still dealing with significant discomfort in his neck and shoulder, so the Heat will again go with Meyers Leonard and Kelly Olynyk if he is unavailable again.

Head to head, the under is 6-2 in the last eight meetings overall and the Lakers are 4-9 ATS in the last 13 meetings in Miami.

The Lakers had all the momentum in the series heading into Game 3, but they came out with a lackadaisical effort and were always fighting an uphill battle against a motivated Heat team. Butler picked up the scoring slack in absence of Dragic and Adebayo, but where the Heat were impressive was on the defensive end as they were able to hold the Lakers to their lowest point total in the bubble. Davis will likely bounce back with a better performance after his poor showing on Sunday, but the Heat have stolen the momentum in this series and they will be better with Adebayo expected to return. This should be a close one, so I’m taking the Heat with any points I can get. 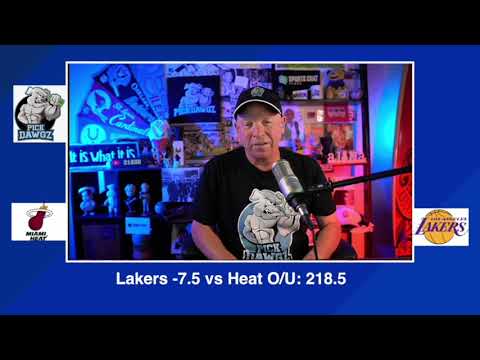