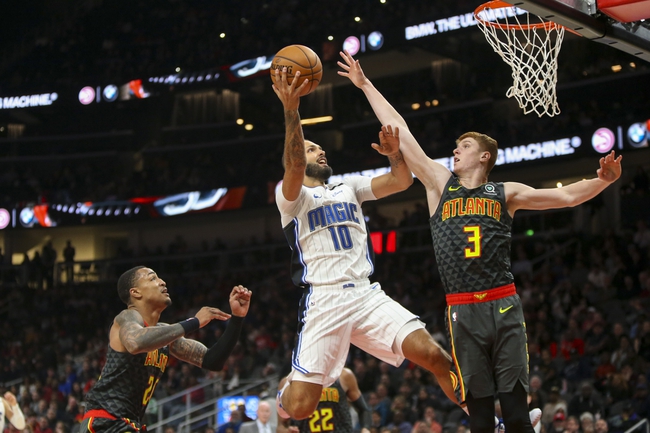 The Orlando Magic are coming off a five-game playoff series with the Milwaukee Bucks and return pretty much the exact same team from a few months ago. Markelle Fultz will continue to lead the way at point guard, while Evan Fournier and Nikola Vucervic will do most of the heavy lifting scoring wise. A healthy Aaron Gordon, who didn’t play in the playoff series due to a left hamstring injury, will certainly go a long way and improve the Magics chances of a successful season. Overall, the Magic are pretty much the same team they were a season ago, so however you felt about this club shouldn’t change much. James Ennis and Terrence Ross are battling toe injuries. Jonathan Isaac, Al-Farouq Aminu and Mo Bamba remain out indefinitely.

The Atlanta Hawks haven’t played a game since March 11, so it’s going to be interesting to see how this club looks. On paper, the Hawks are the most improved team in the league, as they added Bogdan Bogdanovic, Rajon Rondo and Danilo Gallinari. You pair those proven vets with young stars in John Collins and Trae Young, and the Hawks have to like their chances to make the playoffs for the first time since the 2016-17 season. With limited preseason games and not a normal training camp, the Hawks have to hit the ground running to get this new unit to gel. Onyeka Okongwu and Kris Dunn are dealing with injuries and may be limited in the preseason.

The Orlando Magic just don't move the needle for me right now, and they enter the preseason with some of their better players banged up. The Atlanta Hawks haven't played in forever, and they're a young team that has to be thrilled to be back on the court. The Hawks also have depth now. This is a Hawks team that will be worth watching this season, and they should set the tone early with a comfortable preseason victory.

The pick in this article is the opinion of the writer, not a Sports Chat Place site consensus.
Previous Pick
Russell Westbrook Trade Rumors: Five Teams To Trade For Rockets Point Guard
Next Pick
Chicago Bulls vs. Houston Rockets NBA Picks, Odds, Predictions 12/11/20