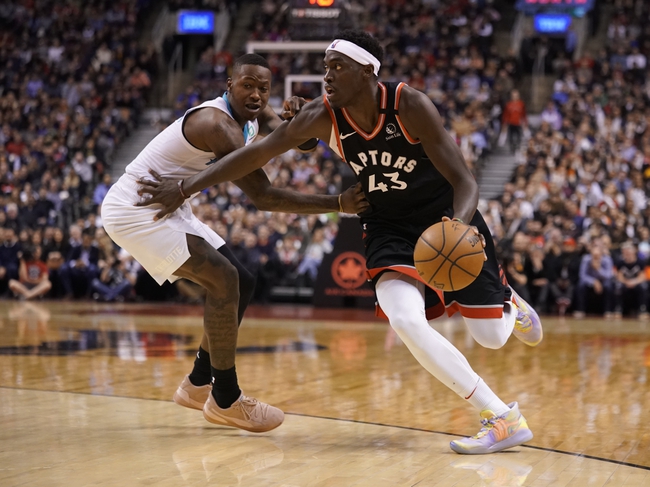 The Toronto Raptors and Charlotte Hornets meet Saturday in preseason NBA action at the Spectrum Center.

The Toronto Raptors are coming off a seven-game series loss to the Boston Celtics and hope to gear up for another playoff run. The Raptors locked up Fred VanVleet for the longterm, and they hope Pascal Siakam can bounce back from his struggles in the bubble. Aron Baynes is the starting center now for the Raptors after they lost Serge Ibaka. As for the preseason, the Raptors should hope to get Stanley Johnson on track as a possible key bench player. I also expect youngsters such as Jalen Harris and Malachi Flynn to get some run, as the Raptors depth has been key for them over the years. Building out a reliable second unit will be the Raptors goal during these exhibition games. Patrick McCaw is out indefinitely with a knee injury.

The Charlotte Hornets haven’t played a game since March 11, so they should be thrilled to be back on the court. The Hornets have a lot of positive things going for them right now, including the growth of young players such as Devonte' Graham, PJ Washington and Miles Bridges. The Hornets are also going to be in the national spotlight with the selection of LaMelo Ball, who Charlotte is hoping can become a star point guard. The Hornets added all-star forward Gordon Hayward, and it’s going to be interesting to see if he can return to form after an inconsistent season with the Boston Celtics. For the first time in a long time, the Hornets have things going for them and could be worth keeping an eye on early.

The Toronto Raptors are one of this teams that have their roster figured out for the most part, so I don't expect the starters to pull a ton here. The Charlotte Hornets are a young squad that hasn't played since March, so the hunger should be there and you have guys who are fighting for playing time. This is also one of the more talented Hornets teams we've seen in a while. Give me the points.