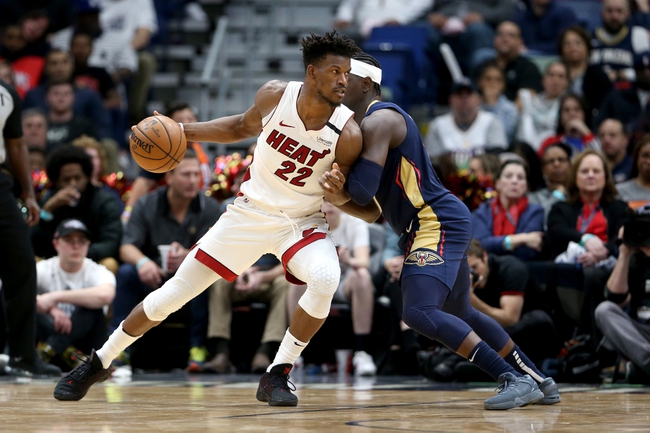 The New Orleans Pelicans are coming off a 2-6 bubble trip where they blew a chance at a playoff berth. The Pelicans now begin the Stan Van Gundy era, a coach who has 523 career wins on his resume. The Pels have to be thrilled about having a full, healthy season of Zion Williamson, and they flipped Jrue Holiday for the depth of Eric Bledsoe and Steven Adams. Brandon Ingram continues to improve his game and is developing into an all-star talent, while Lonzo Ball has a chance to finally find a comfortable role. The preseason is where a guy like Josh Hart or Jaxson Hayes can earn the trust of their new coaches and gain regular season playing time. The Pelicans are an intriguing team with potential this season and their journey to a potential playoff berth will start with these couple of exhibitions.

The Miami Heat are coming off an improbable finals run where they were two victories away from winning the title. And outside of losing Derrick Jones Jr. and Jae Crowder, the Heat are the same team they were a couple months ago. In fact, you can argue the additions of Moe Harkless and Avery Bradley make the Heat even better. I don’t expect Goran Dragic or Jimmy Butler to play much in these preseason games, as they need to be managed after such a quick turnaround. This is a chance for Tyler Herro to take another leap forward, while Kendrick Nunn tries to find his form after struggles in the bubble. Players to watch in the preseason include KZ Okpala and Precious Achiuwa, two guys the Heat are very high on and think they have the potential be game changing starters at some point. Either way, the Heat are in a good position and have the confidence after what they did in the bubble.

The New Orleans Pelicans have a new coach to get used to and I'm sure are going to limit Zion in these preseason games. The Miami Heat are fresh off a trip to the finals and while their vets may rest a lot, they're ridiculously deep and the competition runs deep. The Heat are one of those teams that tries to win whether the game counts or not. I'll lay the small chalk with the Heat at home.