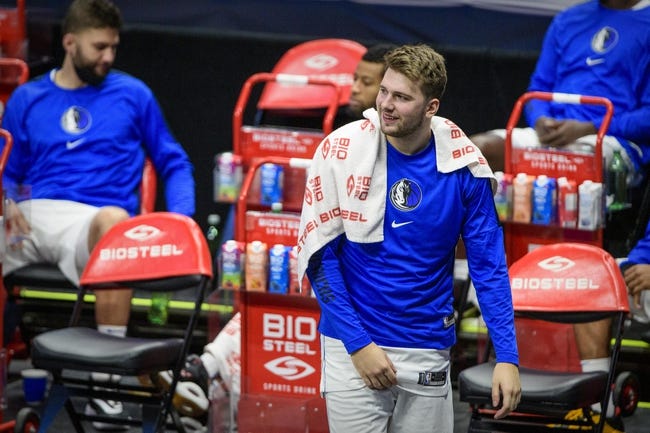 Luka Doncic and the Dallas Mavericks pay a visit to Devin Booker and the Phoenix Suns at the Phoenix Arena on Wednesday night.

The Dallas Mavericks will be excited to see how far Luka Doncic can carry them this season after dazzling in the playoffs last season. Doncic led the team with averages of 28.8 points, 9.4 rebounds and 8.8 assists per game, Tim Hardaway Jr. averaged 15.8 points per game while Kristaps Porzingis averaged 20.4 points and 9.5 rebounds per game before going down with that knee injury that will see him miss the start of the season. Seth Curry was traded away for Josh Richardson and they also acquired forward James Johnson for defense and toughness.

Meanwhile, the Phoenix Suns were the darlings of the NBA bubble as they missed out on the playoffs despite winning all eight games in the bubble. Devin Booker elevated his game with averages of 26.6 points and 4.2 assists per game, while DeAndre Ayton averaged 18.2 points and 11.5 rebounds, but the big news is that they traded away Ricky Rubio for Chris Paul who did a great job of leading a young Thunder team last season.

The Mavericks are looking very similar to last season as they will still be heavily reliant on the playmaking abilities of Doncic, especially with Porzingis still recoverin from his knee injury. The Suns missed out on the playoffs for the 10th consecutive season, but with CP3 in a Suns uniform, there’s plenty of optimism about this season. This one could go either way, but I’m going with the Suns to get the win and cover behind the play of their new backcourt combination.