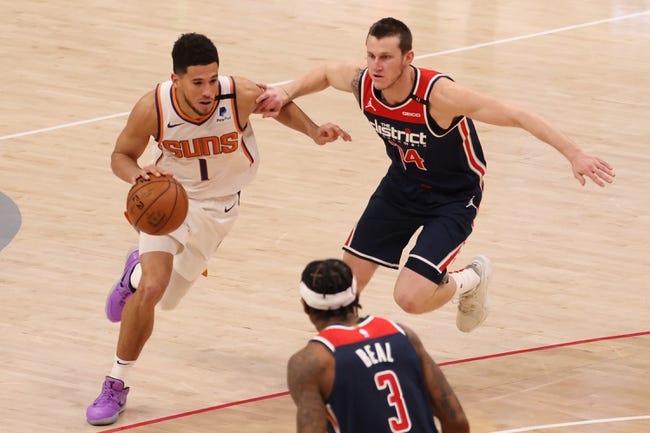 The Atlanta Hawks started their season in decent shape as they’ve split their first 10 games and they will be looking to build some momentum after snapping a four-game skid with a 112-94 blowout win over the shorthanded 76ers on Monday. Trae Young led the way with 26 points and eight assists, DeAndre Hunter added 15 points while John Collins and Clint Capela each scored 12 points. As a team, the Hawks shot just 37 percent from the field and 17 of 44 from the 3-point line, but they did all of their damage in the second and third quarters where they outscored the 76ers by a combined 69-33. It was a much-needed win for the Hawks, but to be fair, the 76ers were missing almost all of their key players due to health and safety protocols.

Meanwhile, the Phoenix Suns have been in fine form as they’ve won seven of their first 11 games, but they will be eager to bounce back in this one after getting routed by the struggling Wizards in a 128-107 road loss on Monday. Devin Booker led the team with 33 points on 11 of 21 shooting, Mikal Bridges and Chris Paul each scored 14 points while Dario Saric chipped in with 13 points off the bench. As a team, the Suns shot 44 percent from the field and a miserly four of 27 from the 3-point line as they just left themselves too much work to do after a horrific start saw them trail by 26 points going into halftime.

The Hawks were able to snap out of their funk with a blowout win over the 76ers, but it’s hard to get too excited about beating a 76ers team who were missing just about everyone. The Suns have been hot to start the season, but they could really do with a win after getting ambushed by the slumping Wizards in a blowout on Monday. The Hawks are 7-15-1 ATS in the last 23 meetings overall and I think that trend continues as I have the Suns bouncing back into form with a narrow win here.