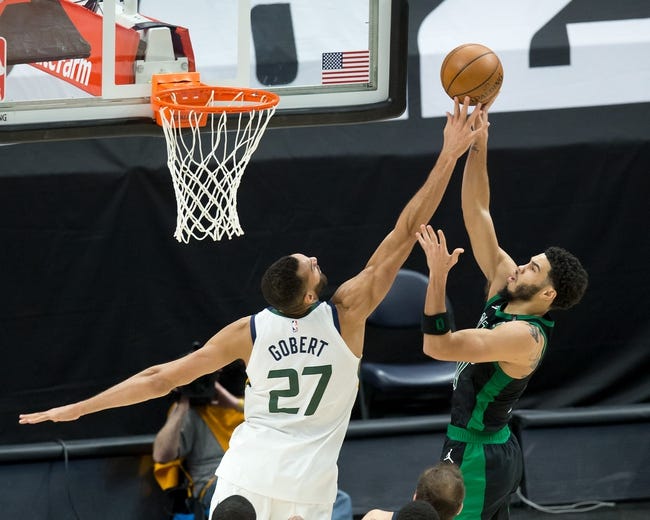 The Milwaukee Bucks pay a visit to the Utah Jazz at the Vivint Arena on Friday night.

The Milwaukee Bucks have been in great form as they've won seven of their past 10 games, but they will be eager to bounce back in this one after having their five-game win streak halted by the Suns in a 125-124 road loss on Wednesday. Giannis Antetokounmpo led the team with 47 points, 11 rebounds and five assists, Khris Middleton added 18 points with 11 assists while Bryn Forbes chipped in with 17 points on six of nine shooting. As a team, the Bucks shot 50 percent from the field and 16 of 37 from the 3-point line as they got off to a quick start to lead by 12 points at halftime, before getting run down late in the fourth quarter as the Suns went on a pivotal 8-0 run to steal the lead. The Bucks had one last chance to win it at the buzzer, but Antetokounmpo missed poorly on a mid range jumper. Jrue Holiday was absent in this one due to health and safety protocols and there is no timetable for his return.

Meanwhile, the Utah Jazz have been the hottest team in the league as they've won 16 of their last 17 games and they will be gunning for a sixth straight victory after blowing past the Celtics in a 122-108 home win on Tuesday. Donovan Mitchell led the team with 36 points and nine assists, Joe Ingles added 24 points with six assists, Rudy Gobert scored 18 points with 12 rebounds and three blocks while Bojan Bogdanovic scored 16 points. As a team, the Jazz shot 47 percent from the field and 18 of 48 from the 3-point line as they took control of the game with 42 points in the third quarter, before holding off the Celtics in the fourth quarter.

The Bucks have been able to win games despite playing below their best, but they will be kicking themselves after losing to the Suns in a game they should've won. The Jazz have been the benchmark of the league for a while now and the injury to Mike Conley hasn't slowed them down at all. This should be a great game, but the Jazz are 9-1 ATS in their last 10 home games and the Bucks are 5-16 ATS in the last 21 meetings in Utah. I'm taking the Jazz to get the win and cover in this one.