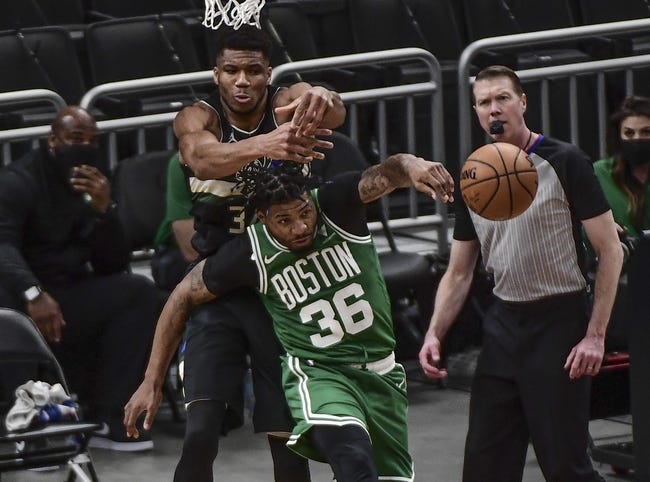 The Oklahoma City Thunder play host to the Boston Celtics at the Chesapeake Energy Arena on Saturday night.

The Boston Celtics have been in a rut as they’ve lost five of their past seven games, but they will be looking to build some momentum after snapping a two-game skid with an impressive 122-114 road win at Milwaukee last night. Jayson Tatum led the team with 34 points, six rebounds and seven assists on 13 of 18 shooting, Marcus Smart drained seven 3-pointers on his way to 23 points, Kemba Walker scored 21 points with five assists while Jaylen Brown chipped in with 18 points. As a team, the Celtics shot 48 percent from the field and a sizzling 22 of 47 from the 3-point line as they led by just five points at halftime, before exploding for 43 points in the third quarter to lead by as many as 21 points before a late rally from the Celtics kept the margin to single digits.

Meanwhile, the Oklahoma City Thunder have been in decent shape as they’ve won five of their past nine games, but they will be hoping to bounce back after having their two-game win streak snapped by the Grizzlies in a 116-107 home loss on Wednesday. Moses Brown led the team with 19 points, 12 rebounds, two steals and two blocks off the bench, Luguentz Dort added 14 points while Al Horford chipped in with 13 points, eight rebounds and six assists. As a team, the Thunder shot 45 percent from the field and 10 of 35 from the 3-point line as they looked to be in control after scoring 32 points in the second quarter to take the lead at halftime, but they lost their way in the third quarter and just left themselves too much ground to make up after falling behind by 17 points.

The Celtics haven’t been at their best lately, but they will take so much confidence from last night’s dominant showing against the Bucks. The Thunder sprung to life with back to back wins, before getting stopped in their tracks by the Grizzlies on Wednesday. The Thunder have the advantage of extra rest in this one, but I’m sticking with the Celtics who should be able to build on last night’s impressive win.