The Minnesota Timberwolves and Philadelphia 76ers meet Saturday in NBA action at the Wells Fargo Center.

The Minnesota Timberwolves are on the end of a back to back, and they're losing their last five games by an average of eight points and on the road this season by an average of 7.8 points. The Philadelphia 76ers are not only winning games, but they're 27-19-2 against the spread on the season and 16-7 against the spread at home. Big number, but I'll play the trends from both sides and go with the 76ers in a comfortable home victory. 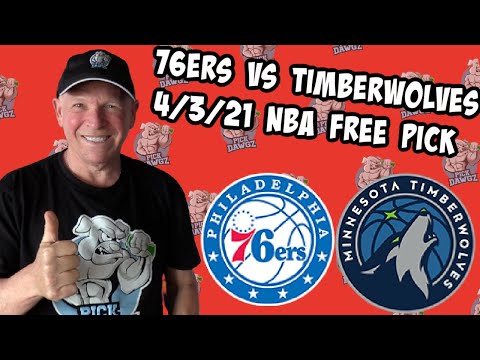