The Houston Rockets and the Golden State Warriors duke it out at the Chase Center on Saturday night.

The Houston Rockets have been in a major slump as they’ve lost 28 of their past 31 games and they will be hoping to bounce back after getting routed by the Clippers in a 126-109 road loss last night. Christian Wood led the team with 23 points on nine of 15 shooting, Jae’Sean Tate added 18 points, Sterling Brown scored 15 points while Kevin Porter Jr. chipped in with 14 points and 13 assists. As a team, the Rockets shot 47 percent from the field and 12 of 37 from the 3-point line as they jumped out to an early double-digit lead after pouring in 36 points in the first quarter, before getting completely blown out in the second quarter by 41-10 to trail by as many as 23 points. The Rockets just had no answer for the Clippers’ duo of Reggie Jackson and Kawhi Leonard who combined for 57 points.

Meanwhile, the Golden State Warriors have been in rough shape lately as they’ve lost eight of their past 10 games and they will be hoping to bounce back after falling just short to the Wizards in a 110-107 home loss last night. Stephen Curry led the team with 32 points and five assists, Kelly Oubre Jr. added 23 points while James Wiseman chipped in with 18 points on nine of 11 shooting. As a team, the Warriors shot 46 percent from the field and 11 of 36 from the 3-point line as they rallied back from an early 12-point deficit to lead by three points with just 19.5 seconds remaining, only to watch the game slip away as the Wizards’ Bradley Beal scored the next six points to escape with the win.

The Rockets have been struggling all season and they will be kicking themselves after getting blown out by the Clippers last night despite getting off to a hot start. The Warriors haven’t been anywhere near their best lately and their confidence took a hit in their loss to the Wizards. It’s hard to back either team with much confidence, but you have to figure the Warriors will turn things around sooner rather than later. This should be a close one, but I’m sticking with the Warriors to get back on track with a much-needed win here. 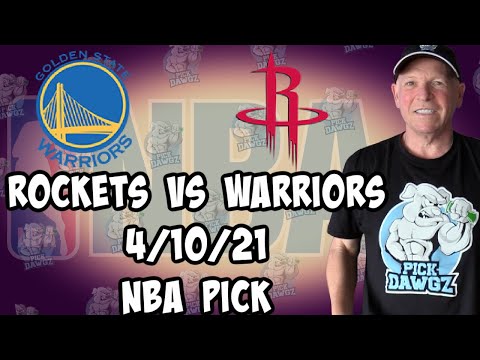