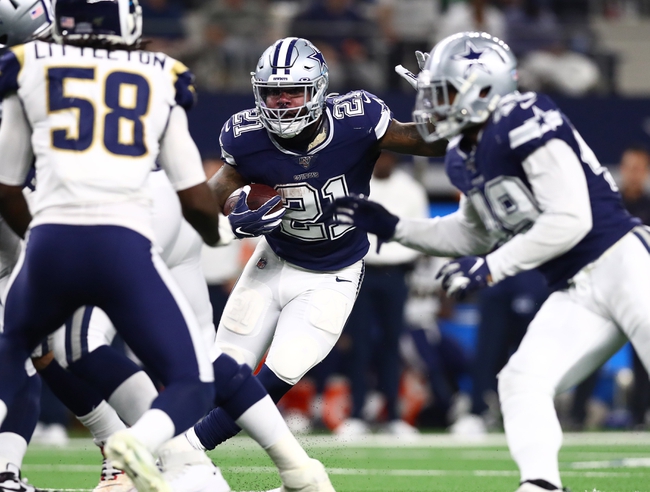 The Dallas Cowboys and the Los Angeles Rams meet in NFL action in the opening edition of Sunday Night Football for the 2020 season.

The Dallas Cowboys come into the 2020 season looking to shake off a disappointing 2019 season that saw the Cowboys finish at 8-8 and missing the playoffs after winning the NFC East the year prior. The 2020 campaign will be the first since 2009 where Jason Garrett won’t be the head coach of the Cowboys after Garrett was relieved of his duties and replaced by former Packers head coach Mike McCarthy. Dak Prescott is back under center for Dallas after throwing for 4,902 yards, 30 touchdowns and 11 interceptions on 65.1% passing while Ezekiel Elliott has a second chance to prove that he’s still got it after taking a step back in 2019 following a contract holdout the offseason prior. The hard thing to believe is that a step back is still 1,357 yards and 12 rushing touchdowns. Amari Cooper and Michael Gallup provided the Cowboys with a solid one-two punch at receiver when Cooper was healthy as both racked up over 1,000 receiving yards but now the Cowboys have a 3rd stud receiver, taking CeeDee Lamb at #17 overall in the 2020 NFL draft after racking up almost 2,500 receiving yards and 25 receiving TDs in his last two seasons at Oklahoma. Defensively, DeMarcus Lawrnece is hoping to return to his 2017-18 form where he combined for 25 sacks but in 2019 he had just 5 sacks for the Cowboys up front. The Cowboys tried to bolster the pass rush by taking shots on Aldon Smith and Randy Gregory in the hopes that both get reinstated to the league. Everson Griffen and Dontari Poe are other offseason signings that the Cowboys made in the hopes that they pan out going forward this season. Dallas still has a solid linebacking group with the caveat that it’s at it’s best when all three are healthy but injuries at one point or another have kept Jaylon Smith, Sean Lee and Leighton Vander Esch from all taking the field at the same time. In the secondary, The Cowboys also bolstered their secondary by replacing Byron Jones with rookie Trevon Diggs out of Alabama.

The Los Angeles Rams come into this one looking to bounce back from a disappointing 2019 season of their own that saw the Rams go from the Super Bowl in 2018 to missing the playoffs entirely with a 9-7 record in 2019. Jared Goff is back under center for the Rams after throwing a career-high 626 passes last year, completing 62.9% of them for 4,638 yards, 22 touchdowns and a career-high 16 interceptions. Cap issues meant the Rams had to sever ties with Todd Gurley II but hope to have remedied that issue by drafting Cam Akers out of Florida State in the second round of the draft. The cap issues also meant that Brandin Cooks would get dealt, but the Rams still have a solid group of receivers led by Robert Woods and Cooper Kupp who each had 90+ receptions and over 1,100 receiving yards last year. Defensively, the Rams may have gotten better by subtraction if that was possible. Los Angeles cut ties with Wade Phillips which was a bit of a head scratcher, considering his replacement Brandon Staley would be getting his first coordinator gig here with the Rams. But Aaron Donald is still around, Michael Brockers re-signed and the Rams picked up A’Shawn Robinson as a free agent. The linebackers will have to adapt without a pair of top-10 tacklers in Cory Littleton and Dante Fowler Jr., but the Rams also replaced Nickell Robey-Coleman and Eric Weddle with Jalen Ramsey and Troy Hill to bolster an already solid Rams’ secondary.

This is a hard one to call, especially for the opening weekend where guys are getting their feet underneath them and especially for a primetime game where the first two teams on Sunday night can be the first two picked apart on Monday morning. With that said, the last four meetings have all seen at least 52 points between the two sides with three hitting at least 65 points. Maybe it’s a trap, but if it is I’ll bite. Give me the over here between two teams that have been historically known to put points on the board in bunches. My stronger play however is on the side, and I have that available as a premium play that you can find here. 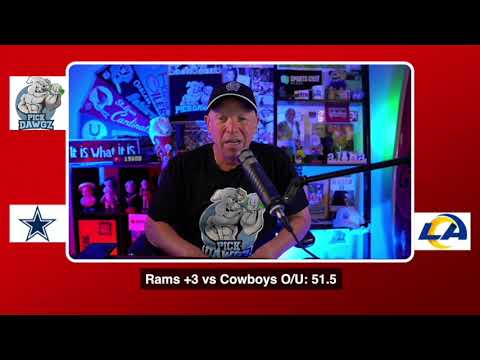