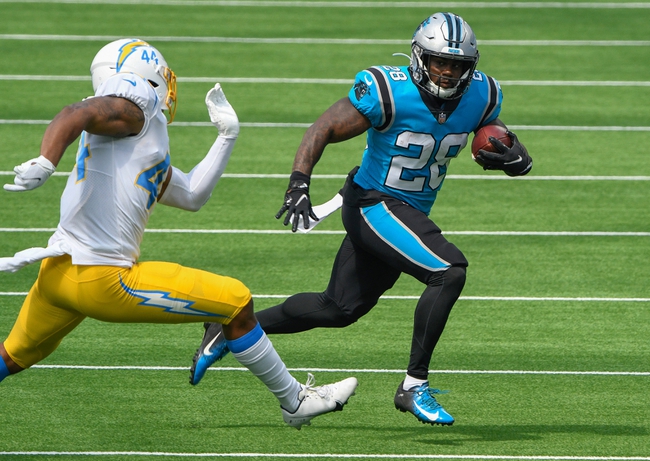 The Arizona Cardinals and Carolina Panthers face off on Sunday in an NFL Week 4 showdown at Bank of American Stadium.

The Cardinals had won their first two games of the season against the season but they did run into a roadblock in their last game against the Detroit Lions. In the last game against the Lions it almost looked like they were too comfortable thinking they would have no issue winning but they couldn’t get it done. Kyler Murray has looked good for the most part this season, but in the last game he threw for three interceptions, something that can’t happen in this game. Murray might be working with some limited wide receivers in this game with DeAndre Hopkins and Christian Kirk both with their status up in the air heading into this game. On defense this season the Cardinals are giving up 20.3 points per game.

On the other side of this matchup is the Carolina Panthers who had lost their first two games of the year before winning their last game against the Los Angeles Chargers. The offense has dealt with a lot of injuries and hasn’t been all that impressive,but in the last game the defense stepped up giving up only 16 points. Under center for the Panthers has been Teddy Bridgewater who has thrown for 871 yards, two touchdowns, and two interceptions. On defense, the Panthers have struggled giving up 27 points per game.

The Cardinals are a strong offensive team, and they should run up the score against a weak defense in the Panthers. I don’t trust them to cover the score though, and the Panthers are going to score enough points to push this game over the total.