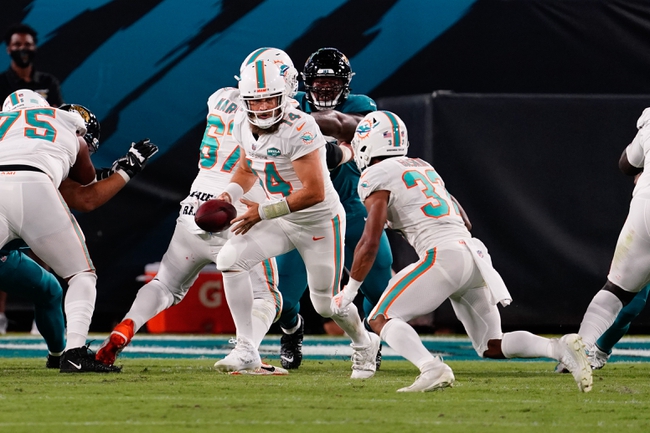 The Seattle Seahawks and Miami Dolphins face off on Sunday in a Week 4 matchup at HardRock Stadium.

The Seattle Seahawks have looked strong to start the season winning each of their three games and also covering the spread in each of those games. The defense for the Seahawks hasn’t been great, but the offense has run up the score in each of the games and that has led to the victory. In the last game against the Dallas Cowboys Seattle scored 38 points and that led to the loss. So far this season Russell Wilson has thrown for 925 yards, 14 touchdowns, and one interception. In the last game against the Cowboys, Wilson threw for 315 yards and five touchdowns. In this game the Seahawks probably can’t trust the defense so they need another strong showing from the offense.

On the other side of this matchup is the Miami Dolphins wh come into this game with a 1-2 record. After losing the first two games of the season, Miami finally got their season on the right track in the last game against the Jacksonville Jaguars. The Dolphins offense has been inconsistent, but in the last game they put up 31 points. Ryan Fitzpatrick hasn’t been the most dynamic player under center, The Dolphins have had the better defense so far this year and coming into this game they are giving up 21.7 points per game. If the Dolphins want to win this game they are going to need their defense step up in a big way or this could be a long game.

The Seahawks are an elite offensive team and the Dolphins are going to attack the weak defense of the Seahawks. In this game look for plenty of scoring by both teams and this game is going to go well over the posted total.