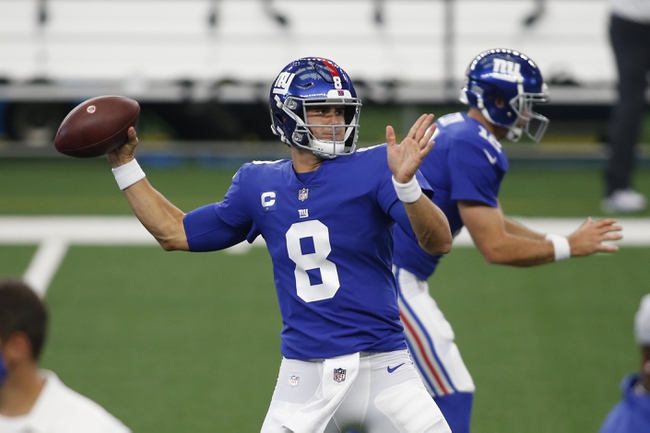 Washington enters this game at 1-4 this year. The Team opened up with a win over the Eagles, but since have fallen to the Cardinals, Browns, Ravens and Rams in succession. As for the Giants, they’re 0-5 on the season. New York’s 2020 losses have come to the Steelers, Bears, 49ers, Rams and Cowboys so far. Check back all season long for free NFL picks and NFL predictions at Sports Chat Place.

Washington gave fans a little hope with their opener win over Philly, but since then the Team has gotten progressively worse. The losses came 30-15 to Arizona, 34-20 to Cleveland, 31-17 to Washington and 30-10 to the Rams. All pretty good teams that Washington just doesn’t match up with.

In the loss to LA, Washington quarterback Kyle Allen managed just 74 yards, while Antonio Gibson led the rush with his 27 yards on 11 carries. JD McKissic was the top receiver for Washington there with six grabs for 46 yards.

Over on the Giants’ side, their record is certainly ugly but the team has been on the doorstep in a few games. New York lost by four to the Bears and eight to the Rams, but the worst defeat this year was certainly Week 5 against the rival Cowboys 37-34.

In the loss to Dallas, Giants quarterback Daniel Jones put up 222 yards on 20-of-33 passing. Devonta Freeman was the top rusher on 60 yards and a TD, and Darius Slayton managed eight receptions for 129 yards.

PICK: I’m going Giants. Granted, there is very little to like about this game if you’re not a fan of either team; the combined 1-9 record will be a major turnoff to most people. Still, there’s an interesting matchup to be had here. Considering that Washington hasn’t scored more than 20 points in any of their last five games and the Giants have 16 or fewer in four of five, it’s going to be a sloppy game with lots of futility on both sides. I think New York’s offense can eke out a cover though. 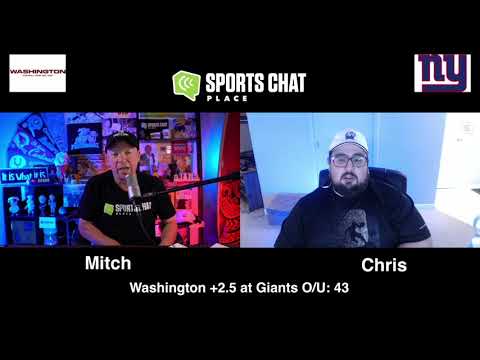