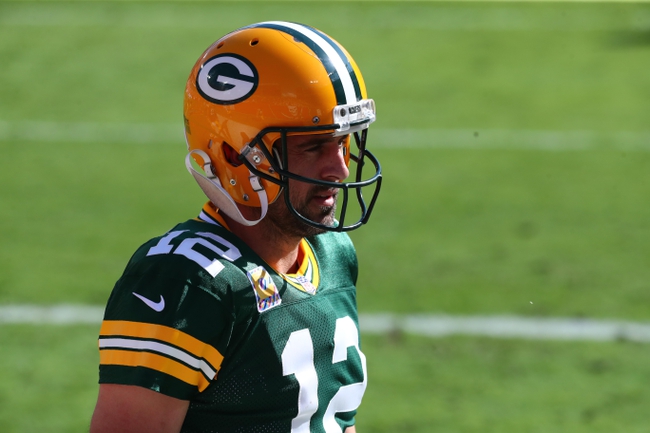 Green Bay is sitting at 4-1 on the season so far. The Packers opened up with four straight wins over the Vikings, Lions, Saints and Falcons before falling 38-10 to the Buccaneers last weekend. As for the Texans, they’re 1-5 this year. Houston got a win over the Jaguars but otherwise have fallen to the Chiefs, Ravens, Steelers, Vikings and Titans. Check back all season long for free NFL picks at Sports Chat Place.

The Packers’ season was going according to plan through the first four weeks. A 37-30 win over the Saints was the only win by fewer than nine points, and Green Bay had posted at least 30 points in every game. Then came the Packers’ first loss of the season: a 38-10 defeat by the Buccaneers in Week 6 that has Green Bay searching for answers.

In the loss to Tampa Bay, Green Bay quarterback Aaron Rodgers threw for just 160 yards, zero touchdowns and two interceptions. Jamaal Williams was the top rusher for the Packers with four carries for 34 yards, and Davante Adams caught six passes for 61 yards.

Over on the Texans’ side, they’ve had a rough go of things in their first five games. It looked like Houston was turning things around after a big 16-point win against the Jaguars, but last weekend the Texans let a game against the Titans slip away in overtime in a 42-36 loss.

In the defeat by the Titans, Houston quarterback Deshaun Watson threw for 335 yards with four touchdowns, and David Johnson posted 57 yards with a score on 19 carries. Will Fuller was the top Texans receiver in the loss, with six catches for 123 yards and a touchdown.

PICK: I’m going with Green Bay here. Houston still has playmakers on offense, and the team can still score, as evidenced by 36 points versus a good Titans defense and 30 versus Jacksonville the week before. That said, the Texans have also given up at least 28 points in five of their six games. That’s not good news against a potentially strong offense like the Packers have. Rodgers and the gang will go back to the drawing board after the dud against Tampa, and I think Green Bay will come out swinging here. 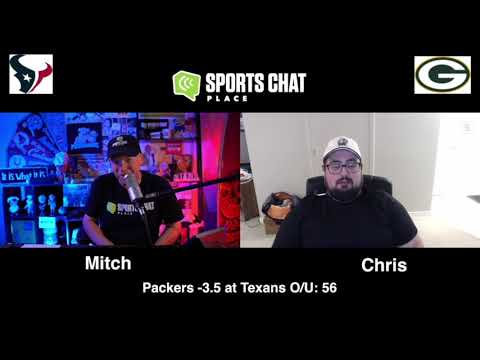