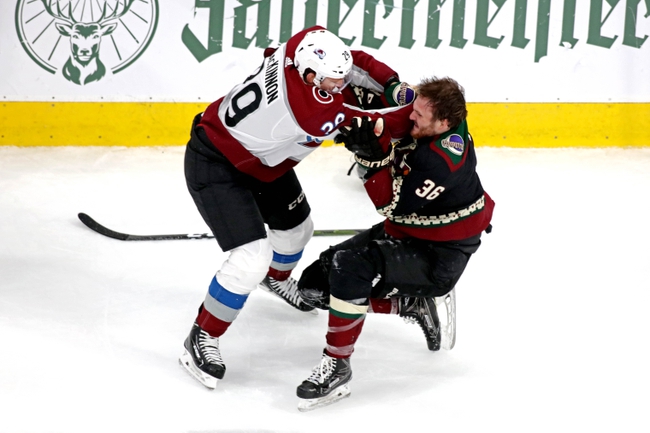 The Arizona Coyotes and Colorado Avalanche meet Wednesday in game five of the NHL West First Round at the Rogers Place.

The Arizona Coyotes need a win here to save their season and force a game six on Friday. The Arizona Coyotes are averaging 2.63 goals per game and are scoring on 12 percent of their power play opportunities. Clayton Keller leads Arizona with three goals, Taylor Hall has four assists and Phil Kessel has 22 shots on goal. Defensively, the Arizona Coyotes are allowing 3.25 goals per game and are killing 73.3 percent of their opponents power plays. Darcy Kuemper has given up 23 goals on 304 shots faced and Antti Raanta has allowed three goals on eight shots.

I've mentioned in the past that the Arizona Coyotes are a tough team to trust, as right when they look good, they remind you how inconsistent they are. The Colorado Avalanche lit the Coyotes on fire in their game four victory, scoring seven goals and allowing just 15 shots on goal. In the three victories in this series, the Avalanche are winning by an average of 3.3 goals. It's hard to get that performance out of your mind and think the Coyotes are going to bounce back here. I'll side with the Avs to close this series out and take the PL for added value.