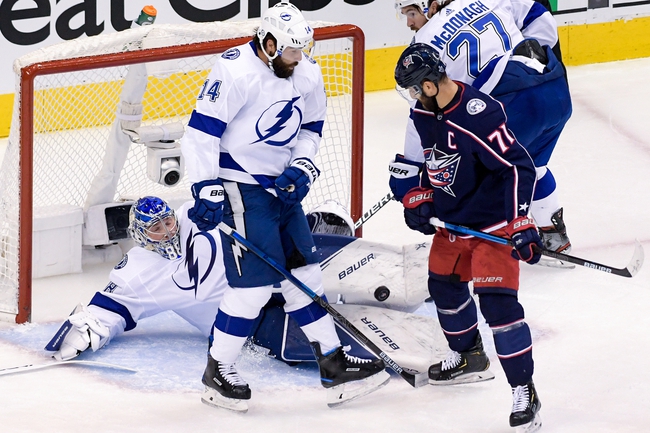 The Columbus Blue Jackets and the Tampa Bay Lightning meet in game five of their best-of-seven Eastern Conference quarter-final series in NHL action from Scotiabank Arena on Wednesday afternoon.

The Columbus Blue Jackets will try to live to fight another day after falling behind in the series 3-1 after a 2-1 loss to the Tampa Bay Lightning in their last game.

There was no scoring in the first period, and all of the game’s action came early on in the second period. Barclay Goodrow opened the scoring for the Bolts just :16 into the middle frame while Yanni Gourde doubled Tampa Bay’s lead just after the four-minute mark of the period. Cam Atkinson pulled a goal back for the Blue Jackets just 1:39 later, but despite pressing in the second period and holding the Lightning to just 4 shots in the 3rd period, Columbus wouldn’t be able to find the tying goal as the Lightning took a commanding lead in the series at the final horn.

Andrei Vasilevskiy got the win in goal for the Lightning after stopping 28 of 29 shots faced in the winning effort while Joonas Korpisalo took the loss between the pipes for the Blue Jackets after allowing both goals on 22 shots faced in defeat.

This series is a lot closer than what you’d expect from a series that sits at 3-1, as it’s been extremely physical and a tight defensive battle. I’m not sure if the Blue Jackets show up and force a game six or if the Lightning close things out in five, but I think we see another tight affair in this one. All four games so far have seen five goals or less so with this line, so give me the under in this one. 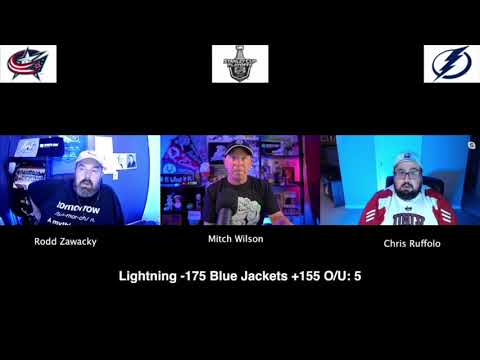