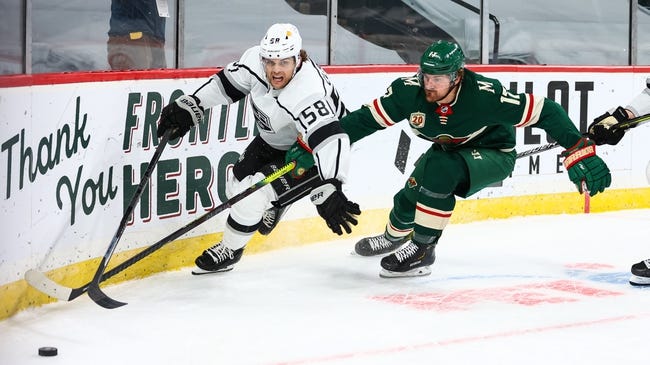 The Minnesota Wild look for a win after splitting their last six games. The Minnesota Wild are averaging three goals per game and are scoring on 7.4 percent of their power play opportunities. Joel Eriksson Ek leads Minnesota with four goals, Kirill Kaprizov has five assists and Kevin Fiala has 29 shots on goal. Defensively, the Minnesota Wild are allowing 2.5 goals per game and are killing 90 percent of their opponents power plays. Cam Talbot has allowed eight goals on 106 shots faced and Kaapo Kahkonen has allowed eight goals on 97 shots.

It's still a small sample size, so who knows how long the Los Angeles Kings can keep this up, but they're playing the better hockey entering this contest and have been surprisingly good on offense. The Minnesota Wild have been hit or miss up to this point and all three meetings against the Kings have come down to the wire, which includes two overtime games. The Kings and the plus money is intriguing. I'll take a shot.