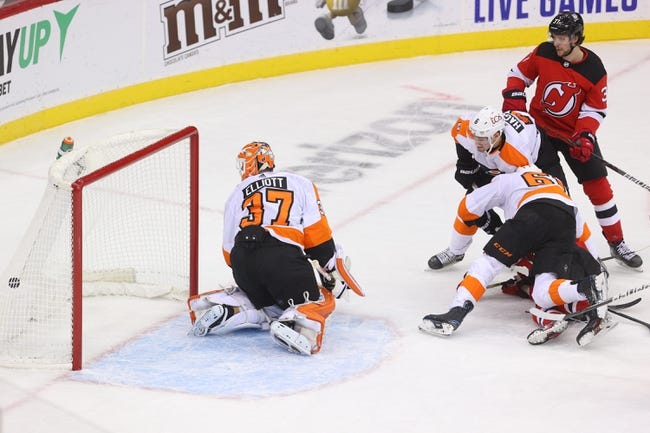 The Philadelphia Flyers and New Jersey Devils meet Thursday in NHL action at the Prudential Center.

The Philadelphia Flyers looked way to comfortable in their 5-3 win over the Devils, as they had New Jersey playing on their heels the entire game and then put them away with three goals in the third period. The Flyers are a team I've backed a ton dating back to last season and they've given me little reason to jump off the bandwagon. The Flyers have been money across the board, especially in the favorite role. I'll lay the somewhat reasonable price.