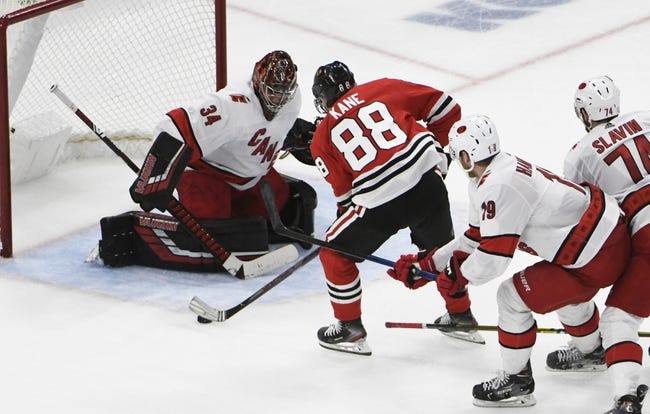 The Carolina Hurricanes and Chicago Blackhawks meet Tuesday in NHL action at the United Center.

The Carolina Hurricanes are finally starting to put things together and could be a team to watch in the near future. However, the Chicago Blackhawks have been a lot more competitive than their record indicates and they could easily have more points in the standings with a bounce here or a bounce there, as they've lost three recent overtime contests. The Blackhawks are going to lose a lot and were expected to be bad, but you can make money with them if they keep playing with effort. Give me the Blackhawks and the PL.