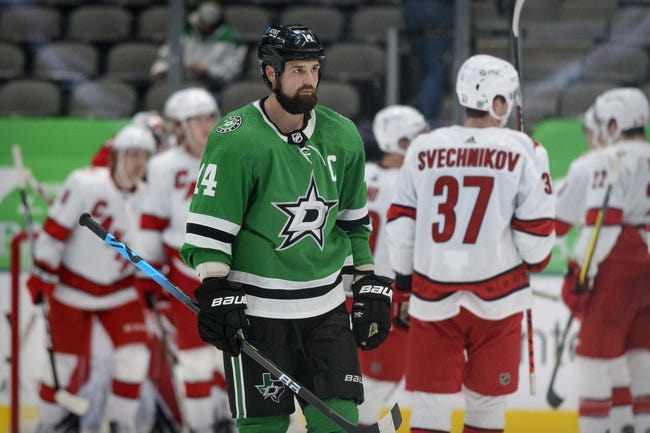 The Carolina Hurricanes and Dallas Stars meet Saturday in NHL action at the American Airlines Center.

The Dallas Stars look to snap a four-game losing streak. The Dallas Stars are averaging 3.4 goals per game and are scoring on 33.3 percent of their power play opportunities. Joe Pavelski leads Dallas with eight goals, John Klingberg has nine assists and Denis Gurianov has 33 shots on goal. Defensively, the Dallas Stars are allowing 2.6 goals per game and are killing 78.3 percent of their opponents power plays. Anton Khudobin has allowed 18 goals on 184 shots faced and Jake Oettinger has allowed three goals on 23 shots.

The Carolina Hurricanes are one of the hotter teams in the league right now with a defense that's improving, and they've been money in the favorite role dating back to last season. The Dallas Stars are as cold as they were hot entering the season and have now lost six of the last eight meetings against the Hurricanes. The Stars will break out of this funk eventually, but I'm not stepping in front of the Canes right now. I'll lay the reasonable juice.