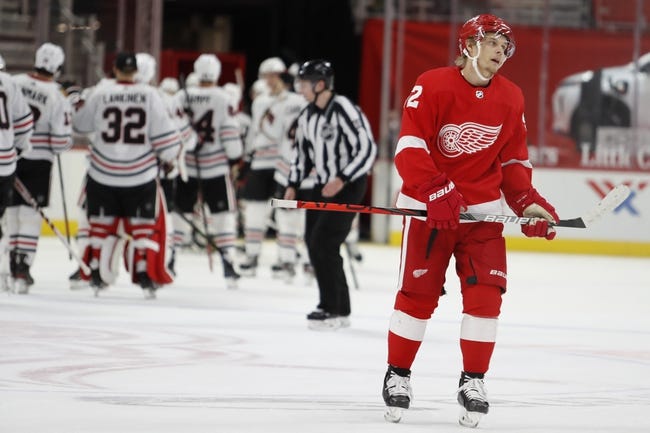 The Chicago Blackhawks have now beaten the Red Wings three times this season, which includes an overtime win on Monday. The Blackhawks were supposed to be going through a down year and possibly looking at a rebuild, and they've quietly won five of their last six and aren't all that bad defensively. Of course, we've been backing the Blackhawks a lot for the last two weeks and talking them up. The Detroit Red Wings are horrible. Only one way to go here...