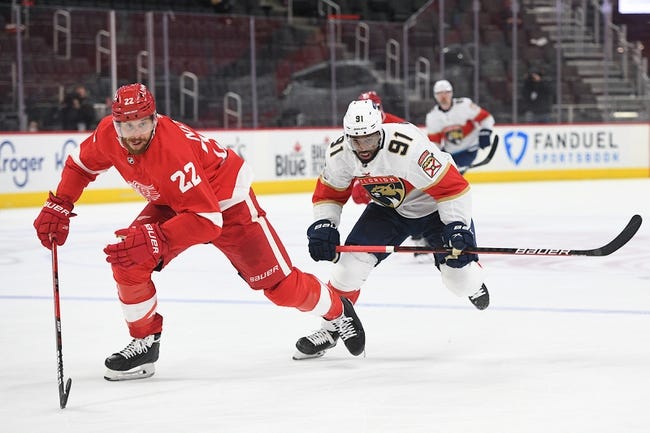 The Florida Panthers look for a win after winning five of their last six games. The Florida Panthers are averaging 3.3 goals per game and are scoring on 29.7 percent of their power play opportunities. Carter Verhaeghe leads Florida with seven goals, Jonathan Huberdeau has 13 assists and Aleksander Barkov has 48 shots on goal. Defensively, the Florida Panthers are allowing three goals per game and are killing 76.9 percent of their opponents power plays. Chris Driedger has given up 17 goals on 224 shots faced and Sergei Bobrovsky has given up 24 goals on 207 shots.

The Florida Panthers continue to prove they're one of the best teams in the league and there's no stepping in front of them, especially with how comfortably they won last night. The Detroit Red Wings have little to nothing going for them right now and their lack of offense kills them in spots like this. Give me the Panthers yet again, and I'll lay the PL for added betting value.