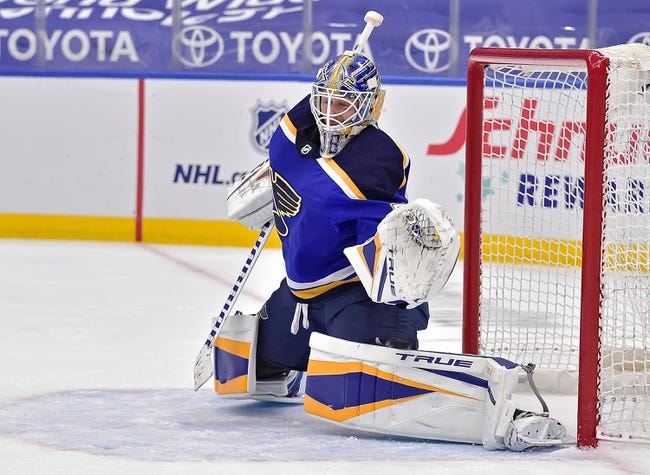 The Vegas Golden Knights and the St. Louis Blues meet in NHL action from the Enterprise Center on Saturday night.

The Vegas Golden Knights will be looking to build on their 5-4 overtime win over St. Louis last time out. Mark Stone leads the Golden Knights in scoring with 29 points with a team-high 22 assists while Max Pacioretty and Alex Tuch each have 12 goals on the year with Pacioretty logging a team-high 106 shots on goal this season. Vegas is averaging 3.2 goals per game with 29.8 shots per game along with a 16.9% success rate on the power play while allowing 2.2 goals per game which is 2nd in the NHL, along with 27.5 shots per game against and an 86.9% success rate on the penalty kill this season.

The St. Louis Blues will look to rebound from their loss to Vegas in their last matchup. David Perron leads the Blues in scoring with 29 points including 11 goals and a team-high 18 assists, sharing the team lead in assists with Ryan O’Reilly who also has 18 assists while Brayden Schenn leads St. Louis with 12 goals this season. As a team, St. Louis is averaging 3.2 goals per game with 29.9 shots per game and a 19% success rate on the power play while allowing 3.1 goals per game on 29.6 shots per game with a 73.6% kill rate on the PK this season.

I get the case that could be made for the Blues as St. Louis isn’t a cheap home play very often. However, we’re getting a cheap play on a red-hot Vegas squad, which is also a rarity, and side-by-side, as talented as the Blues are, Vegas is just playing the better hockey right now and are the play at this number.