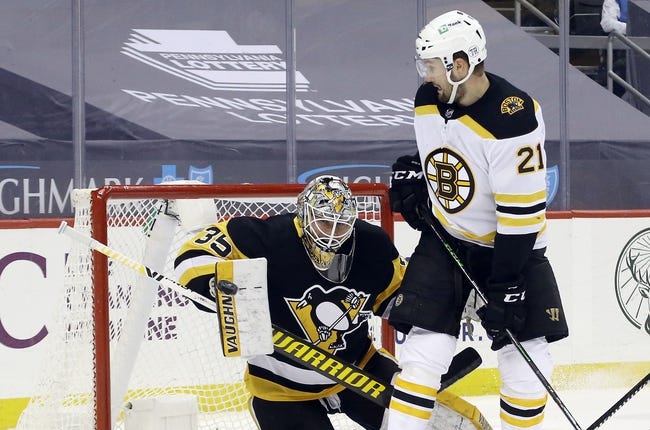 The Boston Bruins and the Pittsburgh Penguins meet in NHL action from the PPG Paints Arena on Tuesday night.

The Boston Bruins will be looking to rebound from a 4-1 loss to the Penguins in Monday’s opening matchup. Brad Marchand led the Bruins in scoring with 32 points including a team-high 12 goals and 20 assists while Patrice Bergeron has 24 points with 14 assists. David Pastrnak also has a team-high 12 goals in 19 games this season for Boston. As a team, Boston is averaging 2.7 goals per game on 30.9 shots per game with a 23.9% success rate on the power play while allowing 2.3 goals per game on 26.6 shots per game against and an 89.4% kill rate on the PK this season.

It’s hard to see what we’re really going to get on the back-to-back with the two sides playing each other in the rematch, but one thing I do know is that both teams have solid goaltending depth and with a bunch of tired legs, I think goals may be hard to come by in this one, so I’ll ride with the under here.