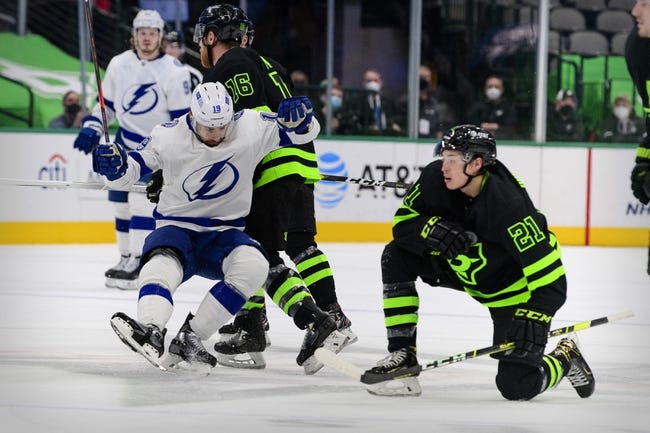 The Dallas Stars need a win after losing six of their last eight games. The Dallas Stars are averaging 2.8 goals per game and are scoring on 23.5 percent of their power play opportunities. Joe Pavelski leads Dallas with 14 goals, John Klingberg has 14 assists and Denis Gurianov has 71 shots on goal. Defensively, the Dallas Stars are allowing 2.5 goals per game and are killing 77.2 percent of their opponents power plays. Anton Khudobin has allowed 39 goals on 433 shots faced and Jake Oettinger has allowed 30 goals on 346 shots.

The Tampa Bay Lightning continue to play elite hockey at both ends of the ice, they're piling up the wins left and right, and they're the fifth most profitable team in the sport despite being big favorites nightly. The Dallas Stars can't get out of their own way, the offense isn't consistent and they're the third last profitable team in the league. You're losing your shirt if backing the Stars long term this season. The Lightning have also won all four meetings against the Stars this season. Give me the Lightning and the PL for max betting value.