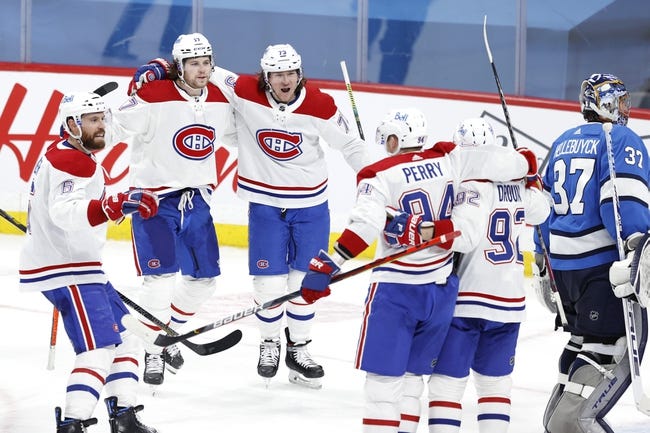 The Winnipeg Jets and Montreal Canadiens meet Thursday in NHL action at the Bell Centre.

The Winnipeg Jets look for a win after splitting their last six games. The Winnipeg Jets are averaging 3.2 goals per game and are scoring on 25.9 percent of their power play opportunities. Kyle Connor leads Winnipeg with 18 goals, Mark Scheifele has 30 assists and Nikolaj Ehlers has 120 shots on goal. Defensively, the Winnipeg Jets are allowing 2.7 goals per game and are killing 80 percent of their opponents power plays. Connor Hellebuyck has given up 78 goals on 957 shots faced and Laurent Brossoit has given up 22 goals on 257 shots.

Oddsmakers continue to fall in love with the Montreal Canadiens, and they have yet to string wins together. The Winnipeg Jets have been the better team this season, they enter this contest with the rest advantage and they've beaten the Habs in four of the six meetings this season. The Jets have also played some of their best recent hockey on the road. I just don't understand these prices that continue to come with the Canadiens. Give me the Jets and the plus money.