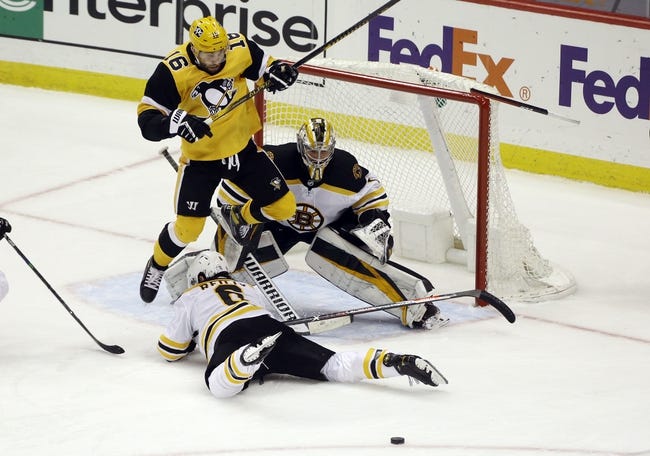 The Boston Bruins and the Pittsburgh Penguins meet in NHL action from the PPG Paints Arena on Tuesday night.

The Boston Bruins will look to bounce back from a narrow 1-0 loss to the Penguins on Sunday. Brad Marchand leads the B’s in scoring with 57 points including team-highs of 25 goals and 32 assists while David Pastrnak and Patrice Bergeron each have 41 points with 18 goals and 23 assists this season. David Krejci also has 30 points with 24 assists while Craig Smith has 27 points with 10 goals and 17 assists. Charlie McAvoy and Taylor Hall each have 25 points with 20+ assists as well this season. As a team, Boston is averaging 2.8 goals on 32.7 shots with a 20.9% success rate on the power play while allowing 2.5 goals on 27.9 shots with an 85.8% success rate killing off penalties this season.

I get the case that could be made both ways and if we get another matchup like we did on Sunday, we’re really going to have to split hairs here. However, I still can’t get past the fact that something about this Bruins team looks different, and not in a good way. That’s not something you want when going to take on a Pittsburgh Penguins team that plays their best hockey by far at home this season and even in a venue with no fans or limited capacity, that’s still a massive edge for the Penguins. Look for the Penguins to get the upper hand on Boston once again, so I’ll lay the juice with the Penguins in this spot.