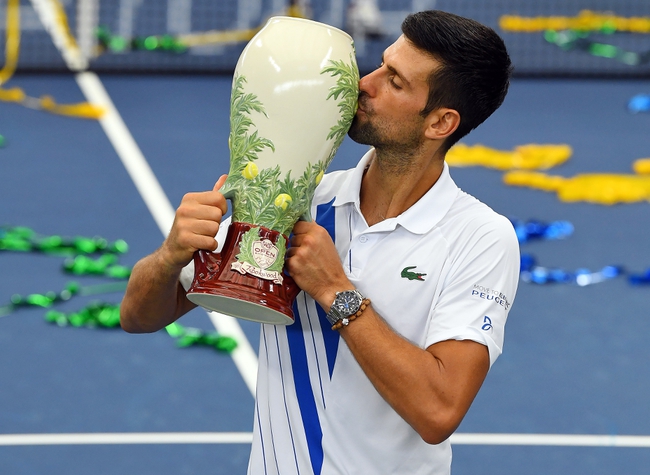 Novak Djokovic and Damir Dzumhur meet in the first round of the 2020 tennis US Open.

Novak Djokovic is fresh off winning his 80th career title in Cincinnati, and he now enters this tournament as the favorite on the mens side. Djokovic needed three sets to win his last two matches and was battling neck pain and other issues, but he muscled through it and found a way to win. With a couple days of rest and playing on the big stage, Djokovic should be fine, as he looks for his sixth grand slam title in his last eight appearances. Djokovic hasn’t lost in the first round of a grand slam since the 2006 Australian Open. Djokovic has never lost in the first round of the US Open in his career. Djokovic has won 10 straight matches on hard court.

Damir Dzumhur failed to qualify for Cincinnati, so he’s played just three sets this month and four matches overall since July when you throw in three exhibition matches. Dzumhur has stayed busy during the COVID break and has actually had some success with a lot of exhibition victories, but it’s what he hasn’t done on the main tour that ultimately matters. Dzumhur is up against it in the first round to say the least. Dzumhur has lost in the first round of a grand slam in four of his last five tries. Dzumhur has four career wins over top-10 players, but none of those victories have come since 2017. Dzumhur has won three of his last four matches on hard court.

These two have played twice and Djokovic won both meetings. The most recent match was last year in Doha, a match Djokovic won in straight sets.

Dzumhur has been an easy out in grand slam play for much of his career and he’s had little to no success on the main tour this year. Exhibition wins against lesser competition doesn’t move the needle at all. Djokovic was able to knock the rust off with a title in Cincy, and he’s the clear favorite to win the US Open.

Give me Djokovic in straight sets.