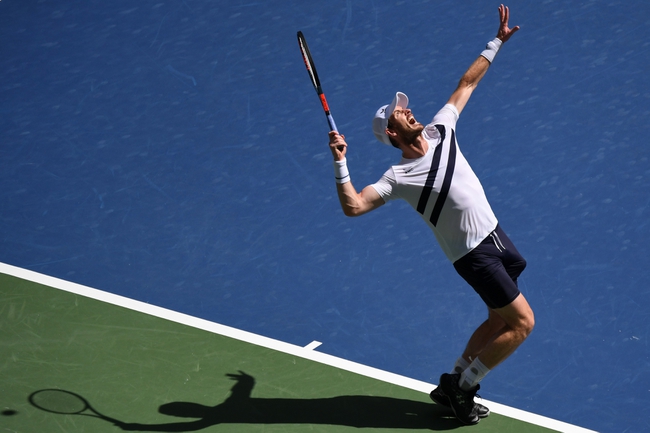 Felix Auger-Aliassime vs. Andy Murray - 2020 US Open Second Round

Former US Open Champion, Andy Murray, meets young gun, Felix Auger-Aliassime, in the second round of the 2020 US Open. Will Murray put on another performance of a lifetime to revive his incredible career, or will FAA spoil the party?

Felix Auger-Aliassime put on a solid performance on Tuesday against Thiago Monteiro, winning in 4 sets. FAA was having a solid start to the year before the coronavirus outbreak, making the final in both Rotterdam and in Marseille in back to back weeks. The only issue with FAA's game is the lack of confidence he has in closing matches out. FAA tends to close up and hit many double faults when things are tight in matches, and until he gets over that hump, he will not be on the same level as other youngsters such as Tsitsipas, Shapovalov and Zverev. FAA will not have his hands full with a Grand Slam champion in Andy Murray.

Andy Murray put on a performance of a lifetime against Yoshihito Nishioka, showing all of us to never give up, even if you are not on the same level of your opponent. Andy Murray was 2 sets down and it was looking likely that Nishioka would take the third set and end this match with ease. However, Murray gave it his all and was able to win both the third and fourth set in tiebreaks. Murray then seemed to dip in form and it looked like Nishioka would still win with an early break in the final set. Murray is one of the most determined players on tour and he gave it his all to eventually break back and win the fifth set 6-4. Murray has now come back 10 times from 2 sets down in Grand Slams, the most ever with Roger Federer.

This will be the first meeting between both players, and many might say FAA is faster, younger and is up and coming. However, Murray has the experience, the determination and the skillset to win this match. FAA gets tight when playing against big-name players and he will do the same here in my opinion. I expect Murray to make it to the third round, hopefully not with a 5 set match, but a 3 or 4 set victory.