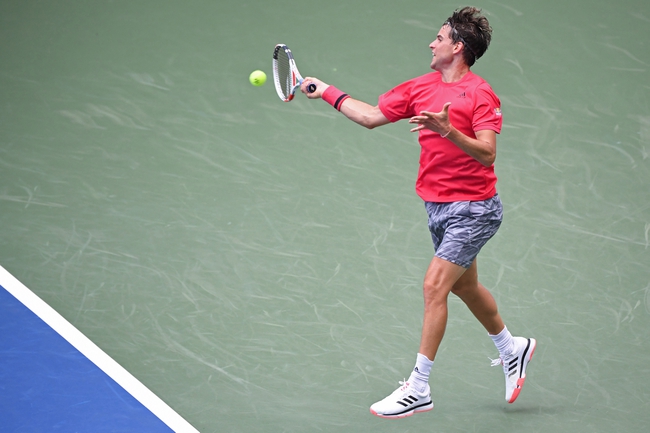 Marin Cilic vs. Dominic Thiem - 2020 US Open Third Round

Dominic Thiem meets Marin Cilic in the third round of the 2020 US Open in what is going to be an extremely tight encounter between a 3x Grand Slam finalist and a former Grand Slam champion.

Marin Cilic has been putting on exciting performances here at the US Open and he nearly did not manage to even be in this third-round matchup. Cilic was 2-0 in his opening round match and managed to fight back to win the match in 5 sets, showing us that he is trying to rejuvenate his career. Cilic is a superb player and has all the traits to beat Thiem when he is on top of his game, but if he is to here he needs to fix his serve. He has served up quite a few double faults and his serve is not as accurate as it has been in the past. Don't underestimate Cilic here however as he can always turn it on out of nowhere.

Dominic Thiem has had an easy ride here to the third round beating both Jaume Munar and Sumit Nagal in straight sets. Thiem is going to be extremely determined to show us that he can win Grand Slams and he has the perfect opportunity of doing it here if he applies the same mentality and concentration in his matches as he did earlier this year at the Australian Open. Thiem is one of a kind player and is the only player out of the youngsters to have consistently beaten Federer, Nadal and Djokovic.

This is going to be the third meeting between both players with Dominic Thiem leading the head to head 2-0. Cilic is not to be underestimated here as he can win this match if Thiem is having a bad day and Cilic is having a good one. But at the end of the day, I just see Thiem making the most of this Grand Slam. Thiem knows that he has to take this match extremely seriously after seeing the likes of Tsitsipas get eliminated yesterday after not taking the match points seriously. Thiem will come through this match, but it might be a 4 setter.