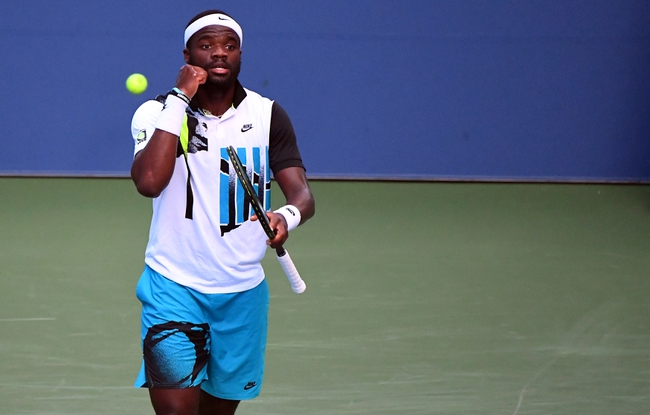 Frances Tiafoe vs. Daniil Medvedev - 2020 US Open Fourth Round

It is a rematch of the first round of the 2020 Australian Open as Daniil Medvedev meets Frances Tiafoe. Will Tiafoe get his revenge on the big stage, or will Medvedev sail through another match here at the US Open?

Frances Tiafoe has performed superbly here at the US Open, especially in his third round match against Marton Fucsovics, winning in straight sets. Tiafoe is a player with extreme potential and a beautiful game, but last year and at the beginning of this year he did not perform as well as we expected him too. However, here at the US Open he has been very solid and I hope that he can continue playing at this level in the future because it would be great to have another top level star in the Men's division. Tiafoe however now faces Daniil Medvedev, a man who has had his number many different times.

Daniil Medvedev is just cruising here in New York as he did last year. Medvedev plays an incredibly beautiful unorthodox game being able to continuously return the ball with ease and play extremely long rallies until his opponents make mistakes. Medvedev is going to be extremely determined here as he knows he can win the US Open as Novak Djokovic is out now. Medvedev will give it his all and focus completely on this once in a lifetime opportunity, but will he be able to continue his run of form against a player who is also in form in Frances Tiafoe?

This is going to be the third meeting between both players, and unfortunately for Frances Tiafoe, this is going to be a one-way match in my opinion. Medvedev leads the head to head 2-0 and knows how to beat Tiafoe. Medvedev is able to play the long game and Tiafoe does not have that type of patience in his game, which will be his downfall. Medvedev will be patient and Tiafoe will continue to hit unforced errors in my opinion. I expect this to be very similar to their US Open encounter, with Tiafoe grabbing a set, but in the end Medvedev coming through.